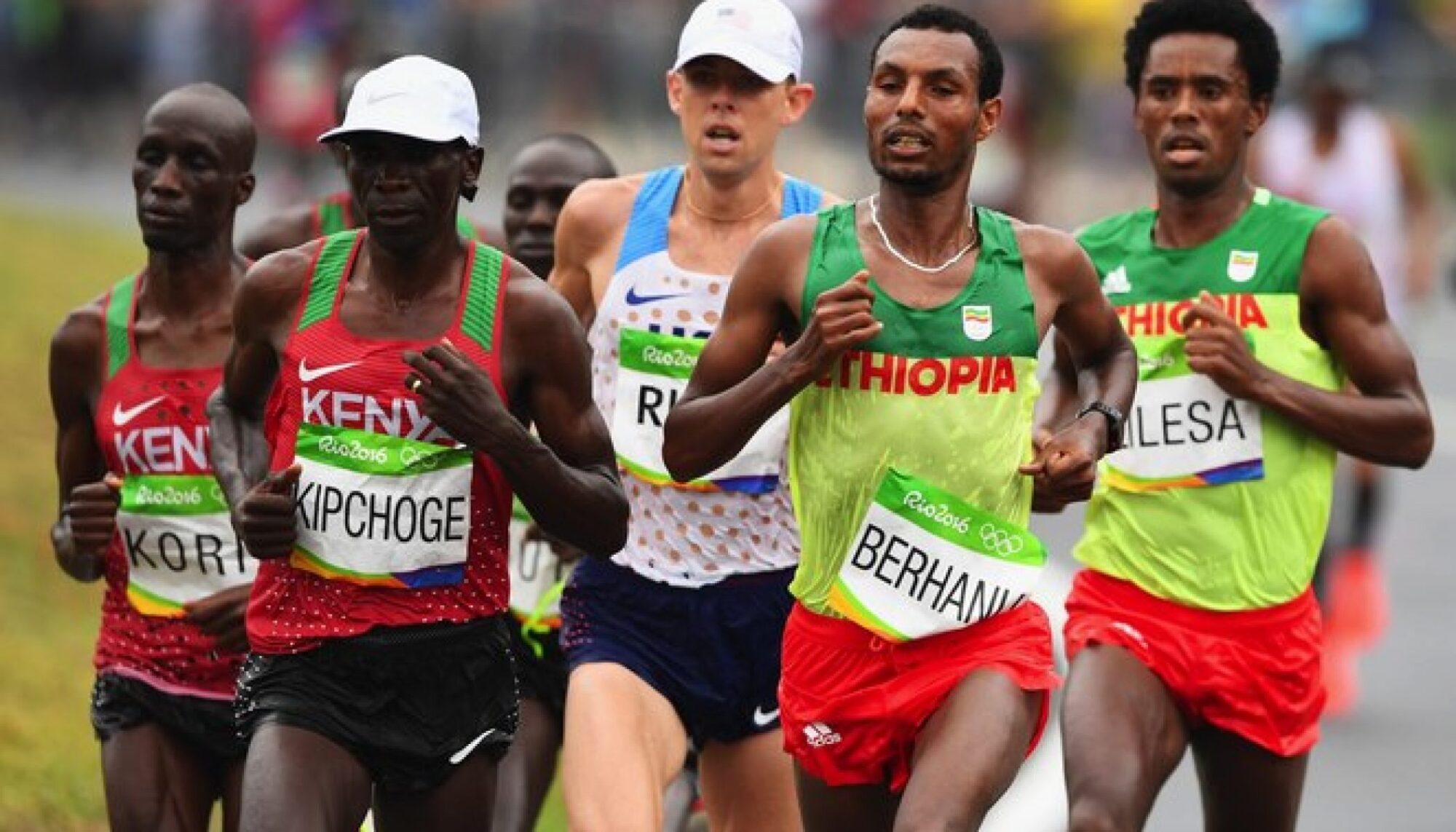 The Olympics is generally considered the greatest sports tournament in the world. It brings together over 200 countries participating in over 100 different sporting events such as football, swimming, and track & field.

Here are ten Africans to leave their mark on Olympic history.

In 2012, Rudisha had to take on African competitors Nijel Amos (Botswana) and Timothy Kitum (Kenya) in a fairly competitive race. Rudisha came out victorious while fellow Africans claimed gold, silver, and bronze medals.

The 31-year-old keeps getting stronger and he is on course to winning a gold medal at his third Olympics; back to back to back. Legendary status does not come more than in the form of Rudisha. He is the current world record holder and also a 2-time world champion (2011 and 2015).

David Rudisha is the first and only person to ever run under a minute and 41 seconds in the 800ms.

The 800ms is certainly a special event and it takes great technique to secure wins over other worthy competitors.

Lucy Ogechukwu proved to the world that there is ability in disability. Ejike is a Nigerian Paralympic powerlifter. She has represented Nigeria at five consecutive Paralympic Games from 2000 in Sydney through to 2016 in Rio de Janeiro. She has won medals at each, three gold and two silver.

At the 2008 Beijing Games, Ejike took gold in the 48 kg event. She broke the world record with her first attempt, lifting 125 kg. She broke the record again with the second lift of 130 kg.

There is perhaps no other person that defined the successes of the all-conquering Nigerian football team at the Atlanta 1996 Olympics than Kanu Nwankwo.

At the 1996 Olympics, Nigeria became the first African country to win the gold medal in football importantly thanks to Kanu’s brace against Brazil in the semi-finals.

The Brazilian side were the heavy favorites and had world-beaters like Roberto Carlos, Ronaldo, and Bebeto on their side.

However, Kanu and company dreamed and dared to come back from a 3-1 deficit in the semi-final to secure an all-important 4-3 win. They secured another come from behind victory where they were down 2-1 against Argentina in the final, winning 3-2.

If David Rudisha is the king of the 800ms track event, then South Africa’s Caster Semenya is the Queen.

How blessed is Africa to be so dominant in both the male and female categories?

Semenya stands as an inspirational Olympic legend. Despite the odds and challenges, she has faced, including accusation after accusation about her gender. She has always risen above the occasion, criticisms, and hate to deliver wins after wins making Africans around the world proud.

Her consecutive Olympic appearances from 1988 to 2004 made her the first Nigerian to compete at five Olympics.

He is perhaps the first long-distance runner to have achieved global superstar status.

For a long time, there looked to be no one good enough to compete against perhaps the greatest Olympian of all time, Michael Phelps, until South Africa’s Chad Le Clos came on board.

During the 2012 Olympics, Le Clos won the gold medal in the 200m butterfly in 1min 52.96 sec, edging out the two-time defending Olympic champion and world record holder, Michael Phelps, by 0.05 seconds.

Le Clos won the silver medal in the 100m butterfly, tied with Yevgeny Korotyshkin in a time of 51.44 sec, at 0.23 seconds behind Phelps.

Walker is a South African athlete and the 1908 Olympic champion in the 100 meters, an event he was not among the big favorites for and even faced difficulties traveling for the Olympics.

Walker is still the youngest winner of the Olympic 100 meters as of 2016 at just 19 years and 128 days. He is also the first African to win an Olympic gold medal.

Niekerk is a South African track and field sprinter who competes in the 200 and 400 meters. In the 400 meters, he is the current world and Olympic record holder, and reigning Olympic champion.

During the 2016 Olympic Games, in the men’s 400m, Van Niekerk won the gold medal with a world record time of 43.03 seconds. With a reaction time of 0.181 at age 24 years and 30 days, he eclipsed the previous record time of 43.18 seconds set by the legendary Michael Johnson during the 1999 World Championships in Athletics in Seville, Spain.

If Gebrselassie handed over the baton of long-distance races championship to anyone, it must have been to his fellow Ethiopian, Bekele.

Again in 2008, Bekele finished clear of  other competitors and won the 5000-meter finals, shattering Saïd Aouita’s (Morocco) Olympic Record by almost eight seconds with a time of 12:57.82

This list is by no means exhaustive as there are many more AFRICAN OLYMPIC LEGENDS that will feature in the next set of articles.

Do you think Africans will continue to break records in the postponed 2020 Olympic games?