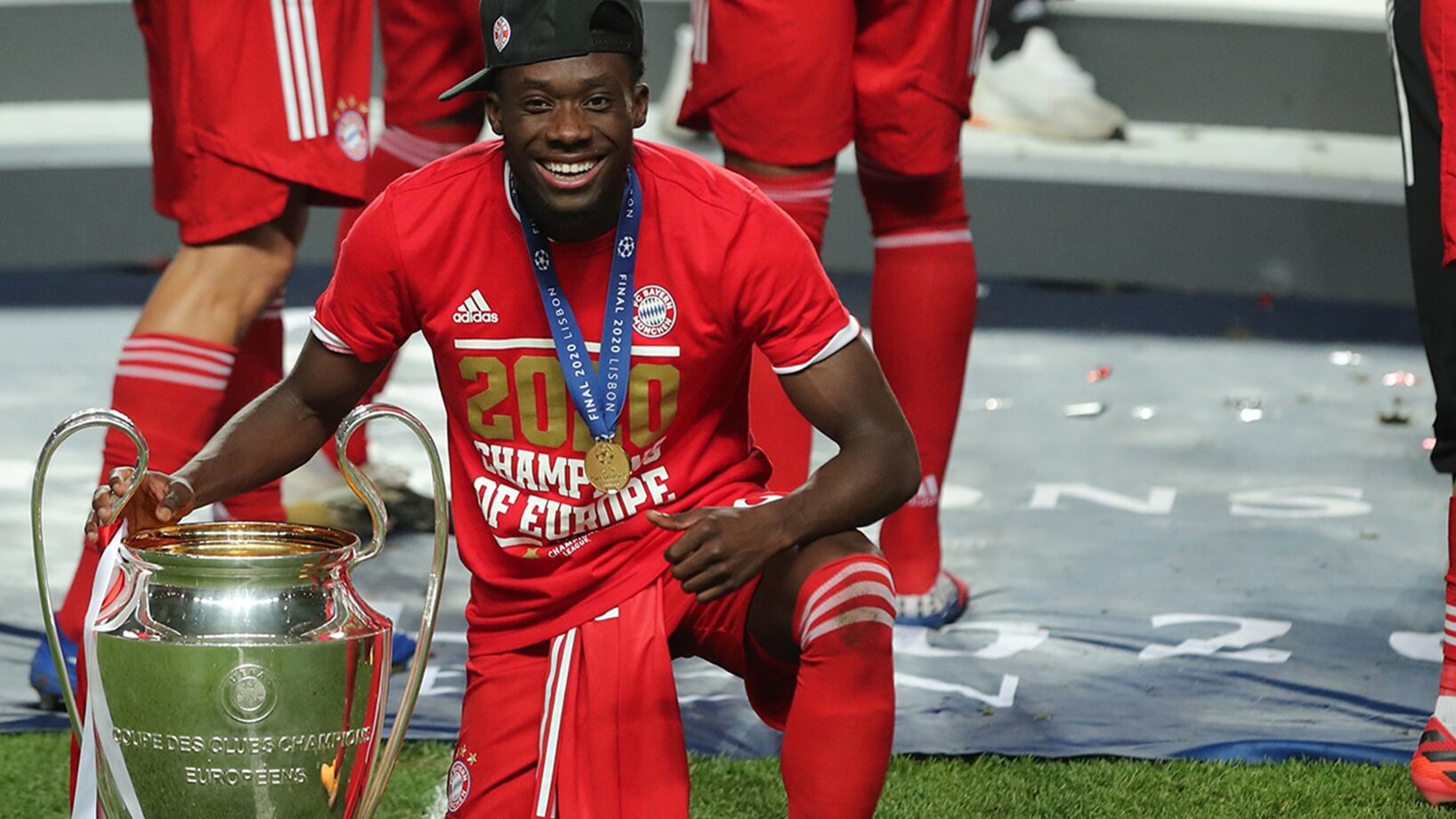 Football has the power to change lives beyond our wildest dreams.

In the case of Alphonso Davies, perhaps the best left-back in the world, who is deeply rooted in African origin, has gone from staring at the face of death every day, to winning the UEFA Champions League.

Sometime in 2005, if a priest had told young Davies that he will become the most talked-about footballer in the world, and will be highly sought after by Manchester United, Barcelona and PSG, before eventually signing for Bayern Munich, the Liberian born defender would have called him crazy.

Firstly, the names of those clubs would have sounded strange to him; in fact, football as a sport was already strange to him. Even the idea of knowing about the route or way of becoming a professional footballer, signing contracts, preparing for big matches, and winning trophies on the grandest stages of them all would seem foreign.

Poverty, hardship, and hunger was all Alphonso Davies knew growing up in a refugee camp.

Davies was born in the year 2000, but, unlike in other parts of the world,  there was little fanfare for a new millennium in Buduburam.

This Ghanaian refugee camp, often compared to prison by its residents, is a haven for immigrants from neighboring Liberia, fleeing a second civil war in only a decade.

Speaking to journalists, Alphonso Davies’s parents, Debeah and Victoria shed some light on how things went for them and their son.

His Father Debeah and mother Victoria had previously fled the Liberian capital of Monrovia to escape the civil conflict going on there.

“To survive, you had to get hold of a gun and we weren’t willing to do that,” Debeah said.

“The landscape was scary; you had to step over corpses to go to eat,” Victoria added.

Debeah and Victoria ended up in a refugee camp in Buduburam, to the west of Ghanaian capital, Accra.

“Life there is like being put in a container and then throwing away the key,” Victoria said.

It was safe in Ghana,” says Debeah years on, looking back more fondly than he might on the family’s time in Buduburam. “But it was hard to live there. We were worried; people starve in the camp, not just in the war zone.

“For us, we can drink water and sleep. But Alphonso couldn’t make it. Every day we had to make sure we had something for him to make it in life.”

It took five years for the Davies family to see life outside of Buduburam. The family’s route out of Ghana and poverty came via a place on a re-settlement program to Canada, where a school-aged Alphonso soon found a love of football.”

Having played for several teams around his city of Edmonton, Alberta, he joined the Edmonton Strikers, coached by IT professional Nick Huoseh, who had only taken the reins to help his son’s team out when they needed a manager.

Nick Huoseh had this to say on Alphonso Davies and the challenges he faced:

“His mum and dad worked all hours of the day since they’d moved to Canada, so when he came back from school, he’d be taking care of his younger brother and sister.

“He was changing diapers before he was a teenager, warming up milk and whatever else. At a very young age, he was taught to be independent and responsible in a way most other 11-year-olds aren’t.”

“I didn’t know anything about it or know anyone from there, but I said okay,” Debeah said on the move to Edmonton

Davies started school in Edmonton in 2006 and would soon get used to having a ball at his feet.

He became part of Free Footie, an organization set up to allow 4,000 vulnerable children in Edmonton to play football for free.

At the age of 14, Davies faced a move of more than 1,000 kilometers to Vancouver, and his mother wasn’t so sure.

When the Vancouver Whitecaps offered a 14-year-old Davies a place on their residential academy scheme, his parents were not convinced – but he had earned their trust.

“I was afraid,” Victoria told the club’s YouTube channel. “I had seen some kids on the street, what they’re doing. I didn’t want him to become a bad boy. But he promised me – I will not go to Vancouver and change. I will make you proud

“I was scared,” Victoria said.

“I know what some young people do, and I didn’t want that to happen to him. I tried to delay it until he was 16 or 17, but he promised me that he wasn’t going to change and that he’d make us proud,” Victoria added.

Alphonso Davies has not only made his mother proud now, he has put Liberia and Ghana on the world map whilst also putting good food on the table of his parents, good housing, and the important luxuries of life.

Davies made his MLS debut for the Whitecaps at the age of 15 years and eight months, becoming the first player born in the 21st century to play in the USA’s top tier.

In 2017, Davies acquired his Canadian citizenship and became available for selection for the national team, making his debut a week later.

At the 2017 Gold Cup, the then-winger became the youngest goalscorer in Canadian history when he netted against French Guyana.

On July 25, 2018, Vancouver announced that it had agreed to a multi-million-dollar transfer of Davies to Bundesliga club Bayern Munich, with Davies seeing out the 2018 MLS season with Vancouver, before joining Bayern in January 2019. The transfer fee for the versatile full-back was $13.5 million.

Bayern Munich is a club known to have a galaxy of stars, initially at Bayern Munich, Alphonso Davies was highly tipped to replace Arjen Robben.

However, with time, he converted to full back, a role he has embarrassed and is now widely recognized as the best left-back in the world. Some even say he is ahead of Jordi Alba, Andrew Robertson, and even David Alaba, whom he met at Bayern Munich.

At just 19 years of age, Alphonso Davies has already conquered the world,

On an Individual note, it has been nothing short of awards and accolades for the teenage sensation:

Davies is so good that Manchester United, Barcelona, and many other European clubs are still sulking on missing out on his signature.

Manchester United’s former international scout Jorge Alvial claims he filed in the region of 40 scouting reports on Davies, urging the Red Devils to snap him up.

Barca president Josep Maria Bartomeu was told about Davies by Hristo Stoichkov – as reported by TUDN – only to reject the club legend’s advice because the player in question was Canadian.

How Josep Bartomeu would have wished Davies was not turning up for Bayern Munich and playing for his Barcelona side instead as the full back played an important role in Bayern Munich’s 8-2 thrashing of Barcelona in the Champions League.

The Alphonso Davies story is one that is intriguing and tells the tale of how Africans In Sports can go from stark poverty to becoming world-beaters.