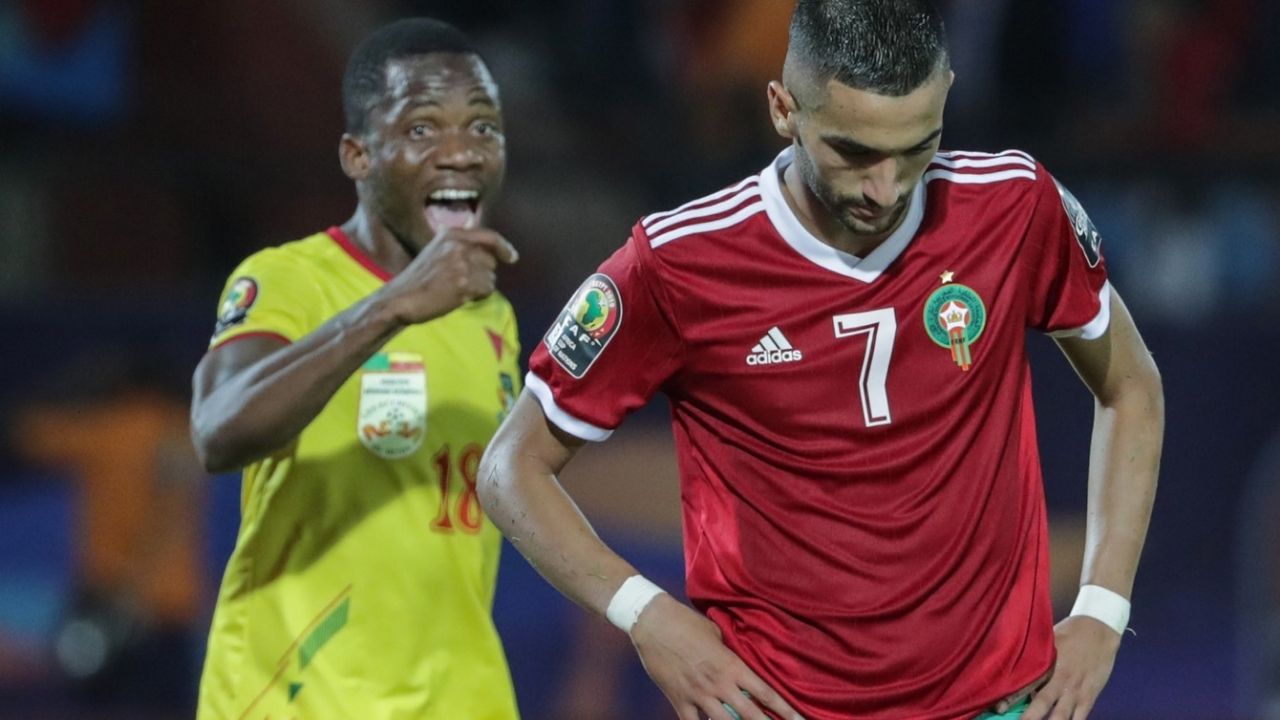 The African Cup of Nations is Africa’s biggest football tournament, parading the best players Africa has to offer, plying their trade for the most prominent clubs all over Europe.

In football, when the big team with star-studded players get a win over a smaller team, it’s expected. But, when the mighty fall and the smaller team gets a win, it becomes a memorable upset—gracing the headlines for weeks. It’s all anyone can talk about for months, years, and even decades.

We bring to you the BIGGEST UPSETS AT THE AFCON.

One of the biggest upsets ever in AFCON history is also probably the most recent. At AFCON 2019, Africa was left dumbfounded as Madagascar beat a star-studded Nigeria 2-0 in a group stage match.

Lalaina Nomenjanahary opened the scoring for Madagascar thanks to a weak defensive effort from the Super Eagles of Nigeria. At the same time, Carolus Andriamatsinoro’s deflected a free-kick that ensured Madagascar went into the last 16 as winners of Group B.

For context, Madagascar’s FIFA ranking was 108 compared to Nigeria’s 43. This was also the first time Madagascar had ever qualified for the Nations Cup. The assumption was that they would lose all three group stage games and crash out of the tournament, but they defied all the odds.

The debutants not only beat the 3-time Afcon winners, Nigeria by two goals to nil; they also finished top of Group B ahead of Nigeria and made a run to the quarterfinals, an awe-inspiring feat.

Many football fans still regard AFCON 2012 as the best edition of the iconic competition in recent history. That is majorly due to the efforts of Zambia.

Zambia was ranked 71st in the FIFA world rankings before the tournament kicked off in Gabon/Equatorial Guinea. Many people never gave them a chance. Yet, they soon began to win hearts and draw attention with their superb brand of attacking football and resolute defending.

The Chipolopolos went on to top their group and make their way to the semifinals, where they served the tournament’s second-biggest upset by beating Ghana by a single goal to nil.

Ghana was wildly expected to win, having come into the game as one of the pre-tournament favorites. Still, their star-studded squad was stunned by a substitute, Emmanuel Mayuka’s 78th-minute strike, which sent Zambia to the final.

If the win against Ghana in the semifinals was the second biggest upset of the tournament, then this one against Ivory Coast in the final is the first and probably the biggest upset in AFCON history.

Having already defied all odds to reach the final, Zambia had the task of defeating what was probably the greatest squad of African players ever assembled, Ivory Coast 2012.

The underdogs only had five players in their squad who played abroad. At the same time, their opponents paraded the likes of Didier Drogba, Yaya and Kolo Toure, Salomon Kalou, Gervinho, Cheik Tiote, and many others. Still, there didn’t appear to be any noticeable gap in quality between both sides during the match.

The game itself was tight, few chances here and there with the majority of them falling to Zambia, even though Didier Drogba famously squandered the best opportunity, a penalty in the closing minutes of regulation time, missed by the Ivorian captain and talisman.

The full 120 minutes elapsed without a goal, and it proceeded to penalties where Zambia won 8-7 to send Ivorian fans into despair and Zambian fans into wide celebration.

Having lost to an underdog, Zambia in the AFCON semifinals the previous year, lightning struck twice for Ghana as they suffered the same fate at the same stage of the competition, this time at the hands of Burkina Faso.

Burkina Faso were the overachievers of AFCON 2013 held in South Africa, finishing top of their group ahead of Nigeria, Guinea and defending champions Zambia.

They made a run to the semifinals where many expected them to be knocked out by Ghana. They nearly were eliminated but showed tremendous fighting spirit to overcome the Black Stars.

The Burkinababe were controversially denied two penalties, had a goal disallowed and their star man, Jonathan Pitroipa unfairly sent off. To top it off, they conceded a soft penalty which gave Ghana the lead.

At this point, many thought it was over. However, Burkina Faso rallied together and got an equalizer from an Aristide Bance header, after which they held on to win 3-2 on penalties and progress to the final.

This is the only one on the list where the underdogs didn’t have a good tournament, but Malawians will always remember this game in AFCON 2010.

Their very first group match was against Algeria, who weren’t the powerhouse they are right now, but were still pretty good at the time, and nobody, not even the Malawian head coach would have expected them to win by 3 goals to nil.

Any hope they had of making a tournament run after that victory was quickly extinguished. Though as they lost their two following games to crash out, Algeria got to the semifinals.

This match was the classic definition of heavyweight vs underdog. When Morocco clashed against Benin in the second round of the 2019 African cup of Nations, all the odds were clearly and largely in favor of the North African side.

As a matter of fact, Benin making it past the group stage was punching above their weight. Many pundits and analysts had tipped Morocco to reach the final, or worst-case scenario, exit at the group stage.

For further context and comparison, Morocco won all their group stage matches while Benin drew all theirs, only qualifying for the next round as one of the best losers.

Benin would shock the whole world, beating Morocco 4-1 on penalties, after the game was locked at 1-1 at the end of extra-time at Al-Salam Stadium in Cairo.

In fact, it was Morocco that had to equalize through Youssef En-Nesyri late on to cancel out Moise Adilehou’s opener for Benin.

Morocco’s poster boy, Hakim Ziyech, missed a penalty at the end of regular time to add more spice to the shocker.