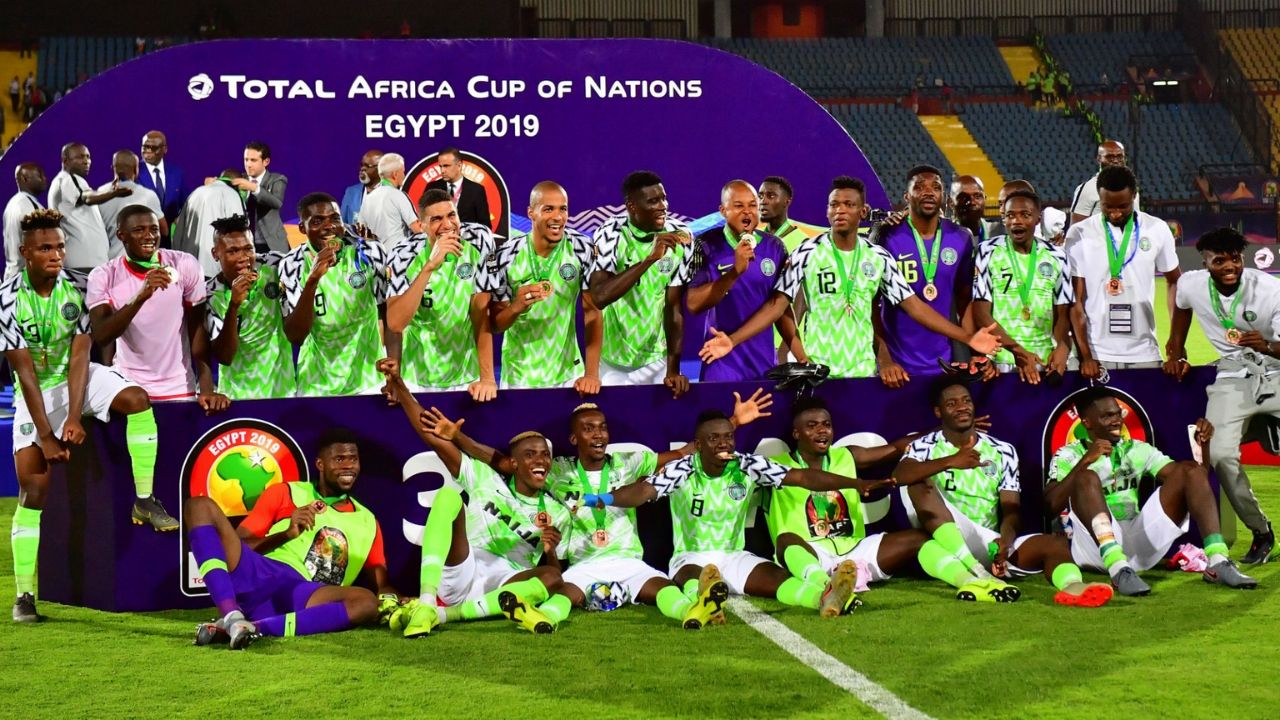 The Super Eagles are the National football team of the most populous country in Africa, NIGERIA.

You also know that Rashidi Yekini is the all-time highest goal scorer for the Super Eagles of Nigeria, having scored a remarkable 37 goals in just 58 matches, and, of course, you know that Gernot Rohr is the current coach of the Super Eagles.

There is no need to tell you that Rashidi Yekini scored Nigeria’s first-ever goal at the world cup, finding the back of the net in a 3-0 win over Bulgaria in the 1994 World Cup. That’s a popular statement, and his celebrations afterward, forever iconic.

So, here are five things you don’t know about the Super Eagles of Nigeria:

1. Heavy Foreign Influence At The Start

The only Nigerian to coach the Super Eagles in that period was Adewale Adegoke between 1950- 1952.

That could be attributed to the fact that Nigeria gained independence from the United Kingdom in 1960, so anything that involves the growth & development of sports must have been handed to us first from our founding fathers. Never the less, that heavy foreign influence has continued to this day, the current manager, Gernot Rohr, is a German.

Jo Bonfere (1999-2001) and Clemens Westerhof (1989-1994) stands as perhaps the most popular foreign coaches to have managed the Super Eagles of Nigeria.

The first time Nigeria’s men’s football team played outside the country, it took them two weeks to reach their destination. They sailed from Lagos to Southampton on board the MV Apapa in August 1949, and every day the 18 players would run around the deck to keep fit. In addition to that, the majority of the squad players played without a pair of boot playing barefooted.

Thank goodness for aircrafts. Nowadays, it only takes hours, sometimes five or six, and sometimes just an hour for the Super Eagles of Nigeria players to get to their destination depending on how far the match venue is from Nigeria.

Additionally, the Super Eagles of Nigeria have gone by many names including the ‘Red Devils’ before a name change to the ‘Green Eagles’ and finally, ‘The Super Eagles’

3. One Red Card At The World Cup

The Super Eagles of Nigeria have been to SIX different World Cup tournaments and just one player has been sent off in a World Cup game since the national team’s debut appearance at the USA ’94 competition.

Sani Kaita was shown a straight red by Colombian referee, Oscar Ruiz for a tackle on Vasilis Torosidis in their third Group B 2-1 loss to Greece at the 2010 edition held in South Africa.

It did prove costly as goals from Dimitris Salpingidis and Torosidis helped  Greece to the win.

Did you know that during the Korea/Japan 2002 World Cup,  Nigeria and England played a ‘clean’ match, which failed to produce a single caution on both sides? The match ended 0-0 despite the best efforts of world-class players like Okocha and Beckham.

Vincent Enyeama was in goal for Nigeria in that encounter, and the young goalkeeper kept a clean sheet.

To see a football match were the referee gives out, not a single yellow card is undoubtedly a rarity.

What many don’t know however is that that goal against Bulgaria remains the only goal the prolific forward ever scored on the World Cup stage.

So, of all the 37 goals Yekini scored for Nigeria, only one came at the world cup.

To put it in context, without trying to disrespect the legendary Yekini, Ahmed Musa is Nigeria’s all-time highest World Cup goal scorer having scored 4 goals; two goals in 2014, and another two in 2018.

After Ahmed Musa on 4 goals, the next highest goal scorers for Nigeria at the World Cup are Daniel Amokachi, Emmanuel Amunike, and Kalu Uche all on two goals each.

In addition, no player wearing the number 10 jersey has ever scored a goal for Nigeria at the World Cup.

Jersey number 10 is traditionally a big number in football with legends like Pele, Maradona, Roberto Baggio, Lionel Messi and many more have worn that jersey number and scored at the World Cup for their country.