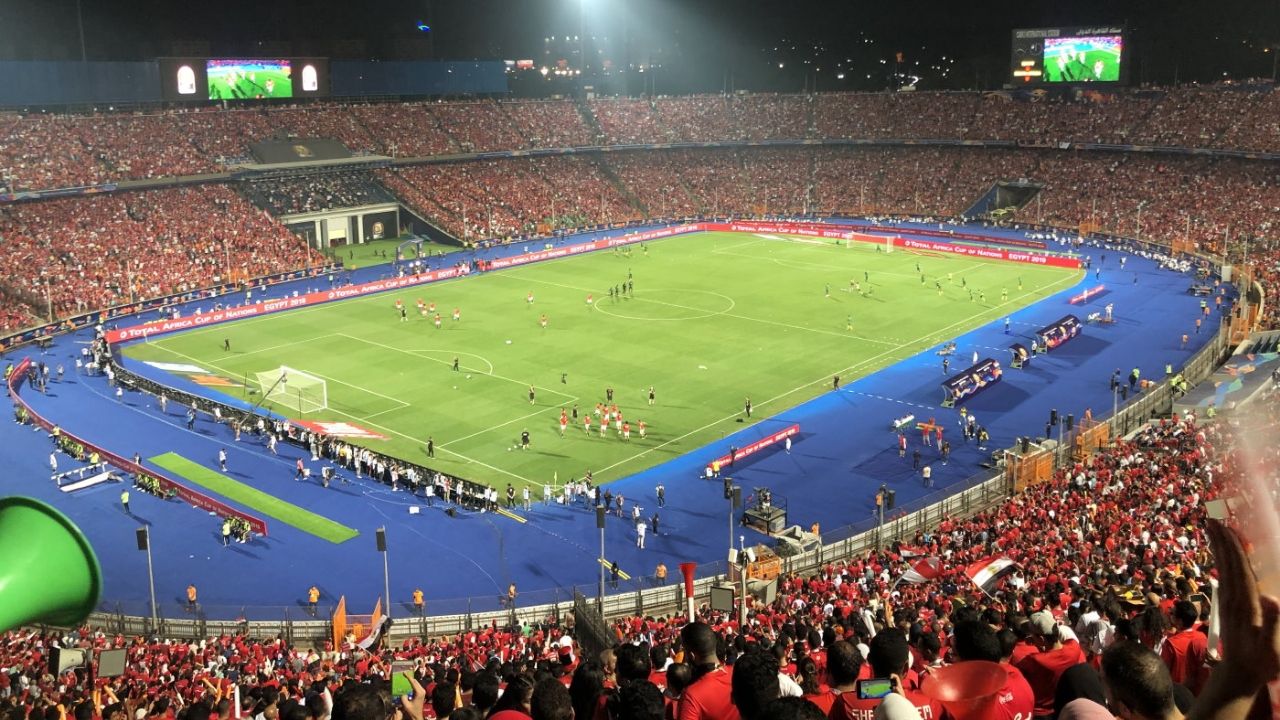 One of the most important structures in sports is the stadium. The aesthetics of the viewing center, where fans watch the match live and direct is essential, and it must be appealing and comfortable.

Indeed, It is not only the fans that make use of the stadium; the sportsmen participate in various sporting activities inside the stadium, camerapersons take world awesome pictures for ages inside a beautiful stadium.

A Stadium is usually a large open structure for sports events with seating arrangements for fans and lovers of sports.

Modern stadiums have world-class designs and construction which includes features like lighting (floodlights)- whereby even if a match, sporting event or a musical concert is to take place at night around 10 pm, everywhere will still be well lit, changing rooms, bathrooms, air conditioning, and luxury suites

The importance of an appealing  stadium cannot be overemphasized.

We bring to you a list of the most iconic stadia in Africa and their features:

As the FIFA World Cup has only been held in Africa once, there is no looking further than the stadium that hosted the entire world as the best in Africa, and the most iconic.

Formerly with a capacity of 80,000 before additional renovations, this world-class architectural piece is a beauty to behold.

It cost $440 million for construction, and the location is a few kilometers from the SAFA House (House of the South African Football Association).

It is the national stadium of the country where the international and friendly matches of the South African team, Bafana Bafana, and the local and continental matches of the Kaizer Chief FC take place.

Over 90,000 people were in this stadium for an iconic moment during the opening ceremony of the 2010 FIFA World Cup – the first and only to date held on African soil.

Events hosted – Rumble in the Jungle

It is a multi-purpose stadium in Kinshasa, Democratic Republic of the Congo. Known initially as Stade Roi Baudouin (King Baudouin Stadium) at it’s inauguration in 1952 and Stade du 20 Mai (20 May Stadium) in 1967, it was used mostly for football matches.

The Iconic status of a stadia can be verified by the class of athletes that have made media headlines in that stadium.

So in the African context, perhaps, there can be fewer stadia more iconic that this stadium in DR Congo, formerly Zaire, which hosted the heavyweight boxing match between two of the greatest boxers of all time in Muhammad Ali and George Foreman for the Undisputed WBC/WBA Heavyweight Championship that took place on October 30, 1974.

Ali knocked out the previously undefeated Foreman in eight rounds. The fight is famous for Ali’s introduction to the rope-a-dope tactic.

The associated music festival, Zaire 74, that took place at the stadium six weeks prior to the boxing match, included stars James Brown and B.B. King

The fight was watched by a record estimated television audience of 1 billion viewers worldwide,  becoming the world’s most-watched live television broadcast at the time.

Zamalek SC and Al Ahly use Cairo International Stadium for most of their home games.

The stadium also hosted a handful of group stage matches at the 2019 African cup of Nations tournament, the round of 16 matches, the semi-final match between Algeria and Nigeria where Mahrez scored a last-minute free-kick and the final which saw Algeria pip Senegal 1-0 to become kings of African football.

The record attendance is 85,000, which took place in the final match of the African Cup of Nations in 1980 between Nigeria and Algeria.

Elis Park has seen countries like Argentina, Brazil, Spain, and Chile play on its surface.

Lionel Messi, Xavi, Iniesta, Robinho, Kaka are some of the football greats that have graced this stadium.

This stadium also witnessed the heroics of Vincent Enyeama against Lionel Messi, where the Nigerian goalkeeper stopped football’s greatest player ever from finding the back of the net.

It is a few meters from the Indian Ocean boardwalk with a capacity of 70,000 seats. It is quite well equipped with a passenger terminal, a station, parking, and parking facilities that facilitate the movement of spectators.

The cost of “Durban Stadium” amounted to around $440 million

The Federal Government of Nigeria approved the contract for the construction of the National Stadium complex and Games Village on 18 July 2000. The stadium was constructed to host the 8th All Africa Games which took place in October 2003. On 12 June 2019, it was renamed to the MKO ABIOLA stadium by President Muhammad Buhari, after the winner of the June 12, 1993, annulled Presidential elections.

This gigantic and impressive stadium was designed and built by Schlaich Bergermann & Partner, making it one of the best stadiums in the world. African history It is a beautiful, artistic and artistic design that attests to a construction budget of $ 360 million

This stadium hosted nine matches during the tournament, including five Group A matches, one group b match, one quarter-final, one semi-final, and the final.

Egypt won the tournament, their seventh AFCON title and an unprecedented third in a row, beating Ghana 1–0 in the final.

The stadium serves as a home to the Nigerian Super Eagles as well as a center for various social, cultural, and religious events. The contract for the construction of the Akwa Ibom International Stadium complex and Games Village was awarded in 2012 to Julius Berger and was completed in 2014. The 30,000 seater ultra-modern multipurpose sports complex was modeled after Allianz Arena.

Built for the 2001 Mediterranean Games, the 65,000-seat covered area covers 13,000 m2 and consists of a central area, three adjoining grounds, two warm-up rooms, two paintings, and an official stand of 7,000 seats. The press gallery is equipped with 300 desks.

It was inaugurated in July 2001 for the final of the Tunisian Cup between CS Hammam-Lif and Étoile du Sahel.

It was one of four Gabonese stadia used for the 2017 Africa Cup of Nations and hosted the competition final.

This stadium was constructed by China and built on a 30-hectare area by the Chinese company Shanghai Construction Group. China entirely funded the work while Gabon developed the site, including bringing water and electricity and building access roads.