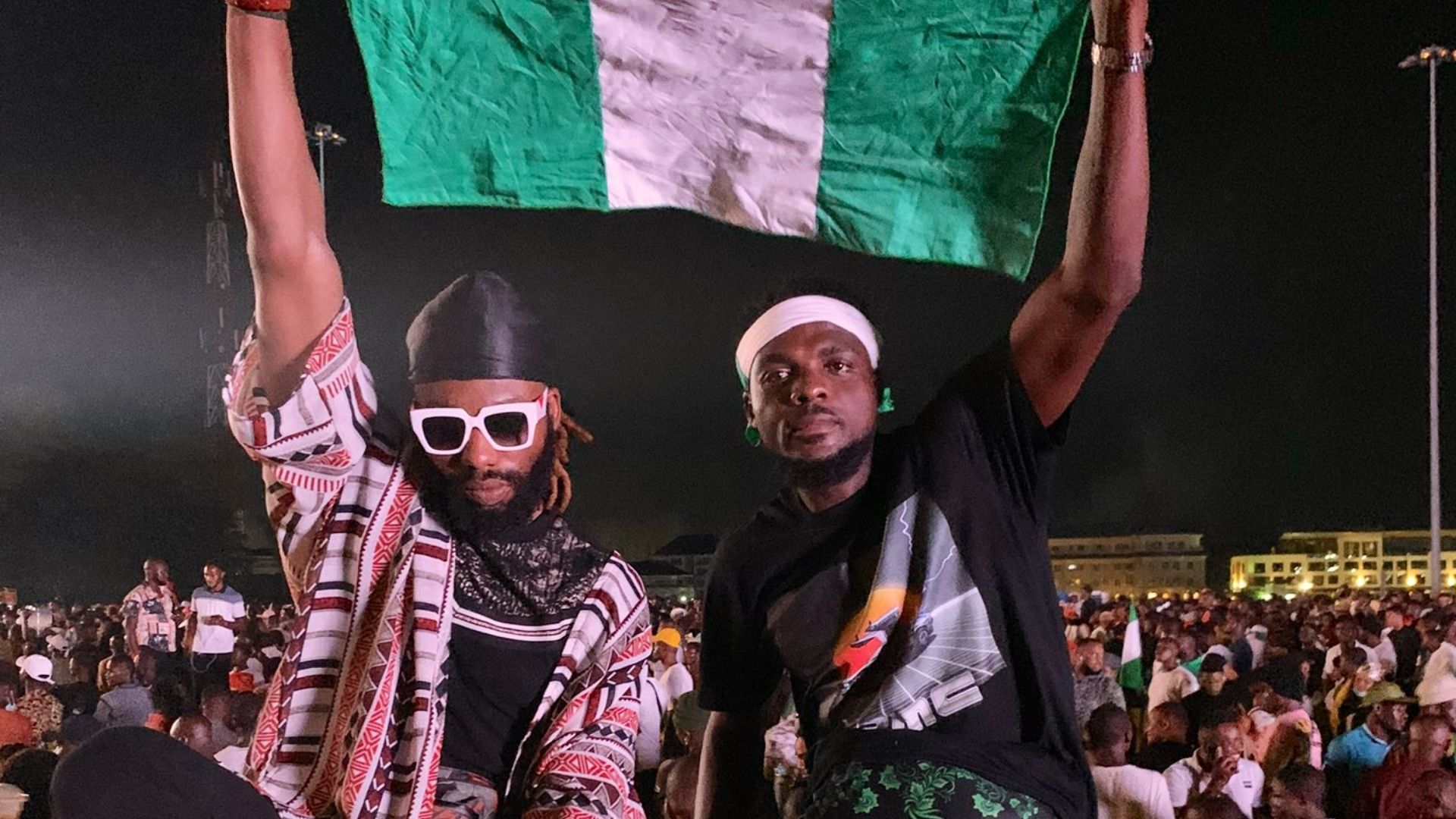 Nigerian Athletes React To The Lekki Massacre In Lekki Nigeria

The past few weeks have been a hectic and turbulent one for Nigeria who has a population of over 200 million people, ranking the most populated on the African continent. Shortly after the bitter-sweet observation of the country’s Independence Day on October 1st, a good number of the citizens which mostly comprised of the youths took to the streets of major cities across the country to observe a nationwide peaceful protest against police harassment and brutality.

A unit under the Nigerian police force called the Special Anti-Robbery Squad (SARS) was established in the year 1992 with a motive of combating armed robbery and other related crimes. Since the formation of the unit, it only operated in Lagos, a western part of Nigeria for a period of 10 years but eventually got spread to all 36 states of the federation as well as the federal capital territory in 2002.

Contrary to the mandate of the SARS unit which was to arrest, investigate and see to the prosecution of suspected armed robbers, murderers, kidnappers, hired assassins and other suspected violent criminals, it has been reported to have swayed from its objectives to now setting up roadblocks, extortion, kidnapping, murder, theft, rape, torture, unlawful arrests, humiliation and engaging in extrajudicial killings.

On Saturday 3 October 2020, a viral video started trending showing a SARS police officer shooting a young Nigerian in Delta state. Five days later on the 8th of October, a nationwide protest of end SARS began after several weeks of outcry and anger with picture and video evidence showing police brutality in Nigeria. The protests were led by random young Nigerian youths, social media influencers and several activists and celebrities. The protest which started in Lagos soon intensified as it spread across other states in the federation sparking more rage after a bystander named Jimoh Isiaq was shot and killed in Ogbomoso, Oyo state in southwest Nigeria by policemen while dispersing the #ENDSARS protesters.

On the 20th of October, unarmed protesters who were gathered at the Lekki toll gate, an urban area majorly dominated by the elite community which is located in the southeast of Lagos state were reportedly attacked by the armed forces of the Nigerian army. The heavily armed soldiers shortly before the 4 hours shooting spree at the protesters which started about 7pm allegedly removed the CCTV cameras and Nigerian authorities also cut off electricity across the area so that it would be dark and filmed evidence of the shooting would not emerge.

The news soon reached the international bodies through the Twitter social media platform, which in turn was met by several demeaning and negative reactions from several world leaders, international celebrities and athletes.

REACTIONS OF SOME NIGERIAN ATHLETES

Nigerian international and midfielder John Ogu following the reports of the massacre of the Nigerian protesters at the Lekki toll gate has called on his teammates in the Nigeria football team to boycott their upcoming games in protest against the government. In an interview with BBC World Service Radio on the world football show, Ogu stated,

“What is the point in representing the country if this is what the politicians, the people we are representing can do to us? … I feel like this is the best thing to do right now until they get back to their senses and listen to us.”

John Ogu who is currently in Lagos after leaving Saudi Arabian club  Al-Adalah in September was also actively involved in the protest as he started to have participated for about six to seven times.

Manchester united Nigerian international Odion Ighalo after Manchester United’s 2-1 UEFA champions league win over PSG called for the intervention of world leaders towards the killing of protesters in Nigeria.

In a video message from PSG’s home stadium Parc de Princes, he said,

“I’m sad and I don’t know where to start from. I’m not the kind of guy who talks about politics but I can’t keep quiet anymore about what is going on back home in Nigeria. I would say the Nigerian government are a shame to the world for killing your own citizens, sending military to the streets to kill unarmed protesters because they are protesting for their rights; it is uncalled for.”

Ighalo also called on the UK government and all world leaders to look to the happenings and deliver help to the poor citizens.

Nigerian-British world heavyweight champion Anthony Joshua has expressed his anger about the shooting of unarmed protesters in Lagos. After being briefed on the situation in a Twitter conversation by Femi-Anikulapo Kuti, Joshua later made a video message via his Twitter page stating that he hoped for a change and that a middle ground could be found to resolve the escalated end SARS protest.

He further stated “ the situation has escalated, the violence and killings are horrendous. All because of people saying they want to live in peace?’’ he also stated he was ready to aid those who were injured alongside other victims of the protests by paying off hospital bills with food and care packages for the time being.

Super Eagles captain Ahmed Musa took to his Twitter page to render condolences to those who were killed at the Lekki shooting in a statement;

“Nigeria is too blessed as a country for bad governance, why killing the innocent demanding for his/her right without arms, with the firearms you swore to protect with. #EndBadGovernmentInNigeria. Pray for Nigeria.”