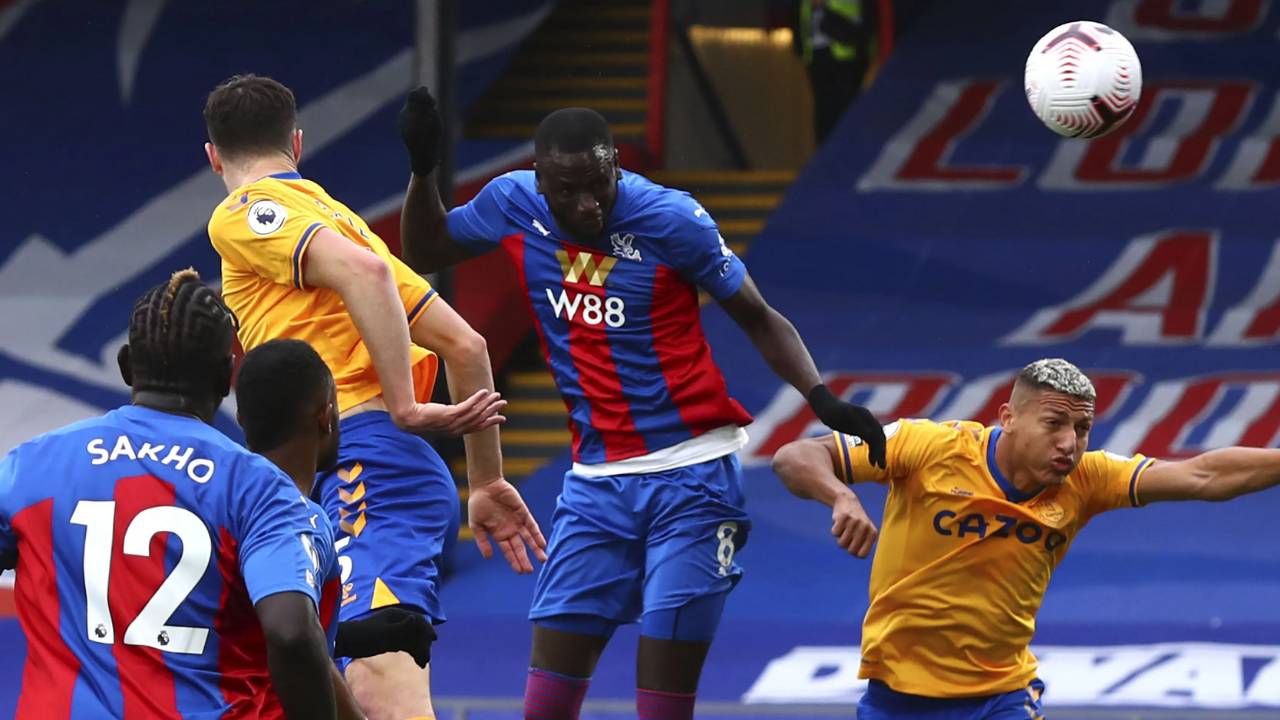 Africans from all over Europe made huge impacts for their teams this weekend. Here are the top African footballers from the final weekend in September 2020.

Kouame is an Ivorian professional footballer who plays in the forward position for Florentina. Having spent all of his football career playing for various football teams across Italy, the 22-year old sharpshooter opened the scoring in Florentina’s derby match against Inter Milan last weekend. Although his team took the lead through the Ivorian’s shocking 3 minutes strike, his team lost the lead after his substitution and he put up an excellent overall display for his team during his 60 minutes of play on the pitch.

Marega is a French-born Malian professional footballer who plays as a forward for Portuguese league giants FC Porto. Since signing for the club in 2016 following a year-long loan at Victoria de Guimaraes, the striker has had an excellent spell at his parent club afterward.

FC Porto was on fire last weekend when they were away against Boavista in their league match and Moussa made a great contribution by scoring a brace in a space of four minutes in the second half. That result helped his team secure a comfortable 5-0 victory.

Osayi is a Nigerian-English professional footballer who plays as a left midfielder for England championship club Queens Park Rangers. The former English premier league club were held to a 1-1 draw in last weekend’s championship match against rival club Middlesbrough and it was the 22-year-old Nigerian who salvaged a point for QPR in the first half with just his first shot on target. The remainder of the match was a quiet one as the match finished in a stalemate.

Kouyate is a Senegalese professional footballer who plays as a central midfielder for premier league club Crystal palace. After spending 4 years with West Ham United since 2014, the 30-year-old Senegalese captain signed for crystal palace in 2018.

He was on target on the weekend as he restored parity after on-form Everton took the early lead. Crystal palace who put up a great performance in their previous league match against Manchester United however fell to a disappointing defeat despite Cheikhou’s first-half effort.

Niane is a Senegalese professional footballer who plays as a forward for Ligue 1 club FC Metz. The 21-year-old youngster who signed up with the French club since 2017 after several impressive performances has earned himself a place in the first team.

In last weekend’s crucial meeting against top French side Marseille, Ibrahima started off finely after putting Metz ahead after several of his attempts went wide. The match however finished in a stalemate after a loss time stinger from the home team Marseille.

Ideye is a Nigerian professional footballer who currently plays as a striker for Turkish club Goztepe. The forward player who just signed for the Turkish club in the 2020/2021 season put up a fine performance in his first outing for the club.

He was instrumental in his sides 2-2 draw against Gaziantep FK last weekend. Ideye a scored what looked to be a winner before their opponent came from behind in the nick of time to secure a draw.

Aguerd is a Moroccan professional footballer who plays as a defender for Ligue 1 club Rennes.

His team proved the better side last weekend against Saint-Etienne in their French league match as they ran off with a vital 3-0 win away from home. Nayef opened the scoring for his side as he rose above all the opponents in the opposition’s box to head home and put his side one goal up. Despite being a newcomer at the club, he has put up great performances for his side in the heart of defense too.

Ayew is a Ghanaian professional footballer who plays as a winger for championship club Swansea city. The Ghana national team captain have enjoyed a successful long-term stint in English football and despite nearing the end of his career, he has always kept up great performances.

Swansea City secured an away win last weekend and it was Ayew who opened the scoring for his side to put them 1-0 up before they added a second to secure a 2-0 win.

Mandi is an Algerian professional footballer who plays for the Spanish club Real Betis.

The 23-year-old versatile defender was on target for his team in the weekend clash against Spanish giants Real Madrid in a suspense-filled encounter. While observing his primary duties in defense, he still put up a great performance to put his name on the scoresheet early in the game. His team however lost 3-2 at the end of the match.

Wamangituka is a Congolese professional footballer who plays as a forward for German club VfB Stuttgart.

Silas who scored for his side in their last league meeting against Freiburg has now put his name on the score sheet again after canceling out Mainz early 1-0 lead last weekend. His goal further gave his team momentum and they soon ran out 4-1 winners away from home.

Sowah is a Ghanaian professional footballer who plays as a midfielder for Belgium team OH Leuven.

The 20-year-old who is currently on loan from Leicester City bagged a brace over the weekend for his side to inspire them to a 3-2 win. After opening the scoring with few minutes to half time, he added another with just 3 minutes into the second half which was also the third for his team. His 2 goals contribution ensured his side finished 3-2 winners.

Sissoko is an Ivorian professional footballer who plays as a winger for Turkish club BB Erzurumspor. The stylish forward has had several loan spells in France and Spain before securing permanent deals in the Turkish league with BB Erzurumspor being his latest club.

Sissoko was on target last weekend as he sealed off a vital win for his side in the 90th minute with a 3-1 win.

Diouf is a Senegalese professional footballer who plays as a striker for Turkish super Lig club Hatayspor. The 32-year-old forward who put up a great display for the Senegal national team in the 2018 FIFA World Cup took the center stage in his team’s victory against Kasimpas last weekend.

After the game went almost half an hour without a goal from either side, it was Diouf who fished out the only goal that proved the difference in the match as he also won the Man of the Match Award.

Afobe is a professional Congolese footballer who plays as a striker for Trabzonspor. The forward player who is currently on loan from English Championship side Stoke City registered his name on the scoresheet for his side in an impressive win over the weekend.

The 27-year-old striker had barely been on the pitch for half an hour before he bagged a brace to give his side an inspiring 3-1 win at the end of the match.