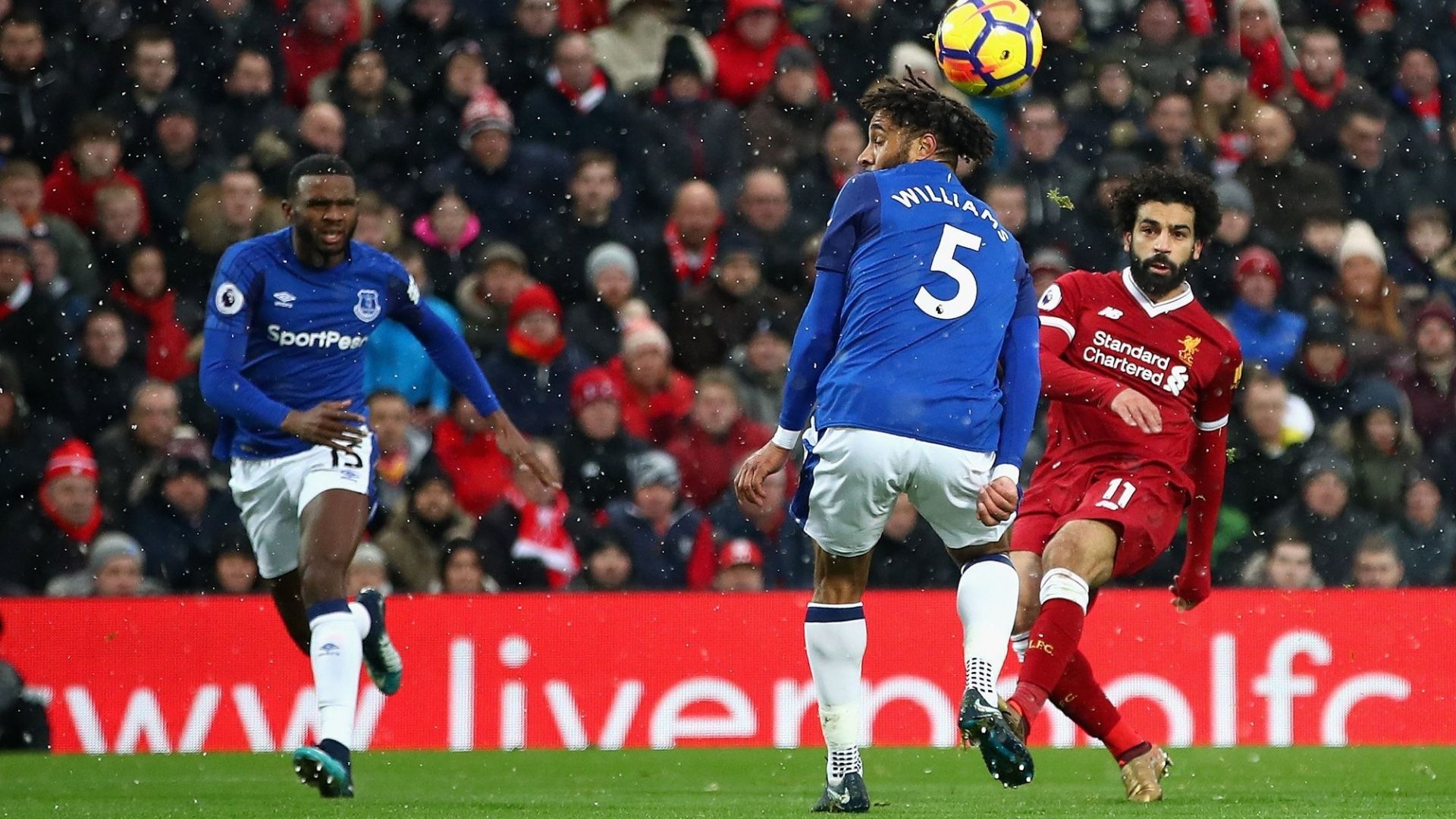 After one week of inactivity due to the international break, club football made a return this weekend and African players in the top European leagues performed excellently.

Nigerian striker Victor Osimhen finally scored his first Serie A goal for Napoli on Saturday after going blank in his three previous outings for the Neapolitans.

The 21-year old broke his duck in superb style, controlling a long pass elegantly on his chest, turning and firing a low drive from outside the box past the helpless Marco Sportiello in the Atalanta goal just before halftime.

Asides the goal, Osimhen’s overall performance was impressive, running at the defence and being a constant threat, linking up really well with his teammates and winning himself the man of the match award.

The goal was the last of a convincing 4-1 thrashing of fellow title hopefuls, Atalanta as Napoli continue to stake their claim as the most likely to knock Juventus off their perch.

Another Nigerian centre forward plying his trade in Italy’s first division, Simy Nwankwo has been one of the few sources of optimism in what has otherwise been a gloomy start to the season for newly promoted Crotone.

The striker opened the scoring against champions, Juventus from the penalty spot on the 12th-minute mark, and even though they were later pegged back, Crotone held on for a valuable point, their first of the season.

Senegalese winger Sadio Mane made a triumphant return to the Liverpool squad after recovering from Covid-19 which kept him out of the team for 2 weeks.

Mane proved why he’s one of the most important players for Liverpool, giving them the lead in the Merseyside derby against Everton after just 2 minutes into the match.

Mane lashed home a superb finish into the roof of the net past Jordan Pickford in the Everton goal after he latched on to a nice cut back from Andy Robertson.

Apart from his goal, Mane was constantly a thorn in the Everton defence, even setting up what was thought to be a late winning goal from Jordan Henderson before it was ruled out for offside, his match rating is 7.

The other half of Liverpool’s African double act, Mohammed Salah followed Mane’s footsteps by scoring the Reds’ second goal of the game at Goodison Park.

Everton drew level in the first half, cancelling out Mane’s early opening goal with a bullet header from Michael Keane but Liverpool regained the lead in the second half thanks to a wonderful volley from Mohammed Salah.

The Egyptian winger benefitted from a defensive mix up by the Everton defence who had failed to clear their lines properly, and the ball fell directly to Salah on the edge of the box who hit it first time into the bottom corner, one of the goals of the weekend.

Salah made sure he kept Lucas Digne the Everton left-back occupied as he was constantly trying to cut in on his left to create chances for himself and his teammates, earning a match rating of 8.

Manchester United right-back Aaron Wan-Bissaka known widely for being one of the best tackles in the league displayed an attacking edge to his game in the 4-1 win away at Newcastle.

Wan Bissaka who recently just switched his allegiance from England to the Congolese national team, scored his first-ever senior career goal in 96 appearances for both Crystal Palace and Manchester united.

A thunderous finish of the crossbar at the near post, after the right-back had linked up nicely with Marcus Rashford to make it 3-1 to Manchester United, capping off a superb display rated as 7.

The last of the African stars that lit up the English Premier League this weekend came on Sunday in the derby between Crystal Palace and Brighton.

The Ivorian winger converted a penalty to give Crystal Palace the lead after Michy Batshuayi had been brought down. Although he wasn’t his usual vibrant self, he still did well enough to earn a match rating of 6.

Cameroonian striker, Karl Toko-Ekambi continues to prove his worth to the Lyon fans with his impressive performances, latest of which came on Sunday away at Strasbourg.

Toko-Ekambi scored a brace in Lyon’s crucial win against Strasbourg, linking up well with Memphis Depay on both occasions to form a potentially formidable strike partnership.

Lyon raced into a 3-nil lead in the first half with Ekambi scoring on the 25th and 42nd minutes, earning a match rating of 8.7, and even though Strasbourg almost sparked a comeback, Lyon did enough to secure all 3 points.

24-year old Zimbabwean striker Tino Kadewere is starting to emerge as an attacking option for Lyon under Rudi Garcia this season.

Having spent last season on loan at LeHavre, Lyon appear to be willing to give him a chance this season, with 6 appearances so far, 3 starts and 3 off the bench, and he repaid the coach’s faith in him on Sunday.

Kadewere scored Lyon’s opening goal on the 12th-minute mark in the 3-2 away win at Strasbourg, and even though he was substituted on the 62nd minute, he still earned a match rating of 6.9.

Another one from the Strasbourg vs Lyon game, Ivorian midfielder, Jean-Eudes Aholou proved his credentials in the game with a superb performance that ultimately saw him end up on the losing side.

After Strasbourg had gone 3-1 down at home to Lyon by halftime, Aholou sparked a revival for the home team by pulling one back to make it 3-2 in the 55th minute but they failed to find an equaliser.

His 7.8 match rating which was the highest of any Strasbourg player tells the story that he had an excellent individual game.

21-year old Nigerian striker Teremas Moffi introduced himself well to his new fans at his new club FC Lorient with a debut goal to cap off a solid away win at Reims.

Moffi scored the 3rd and final goal of the game on the 80th-minute mark to seal the win for Lorient before he was then withdrawn 3 minutes later, with a match rating of 6.6.

Teremas Moffi joins the long list of Nigerian talents plying their trade at the highest in the top 5 European Leagues, having moved from Kortrijk in Belgium to the French Ligue 1 with FC Lorient.