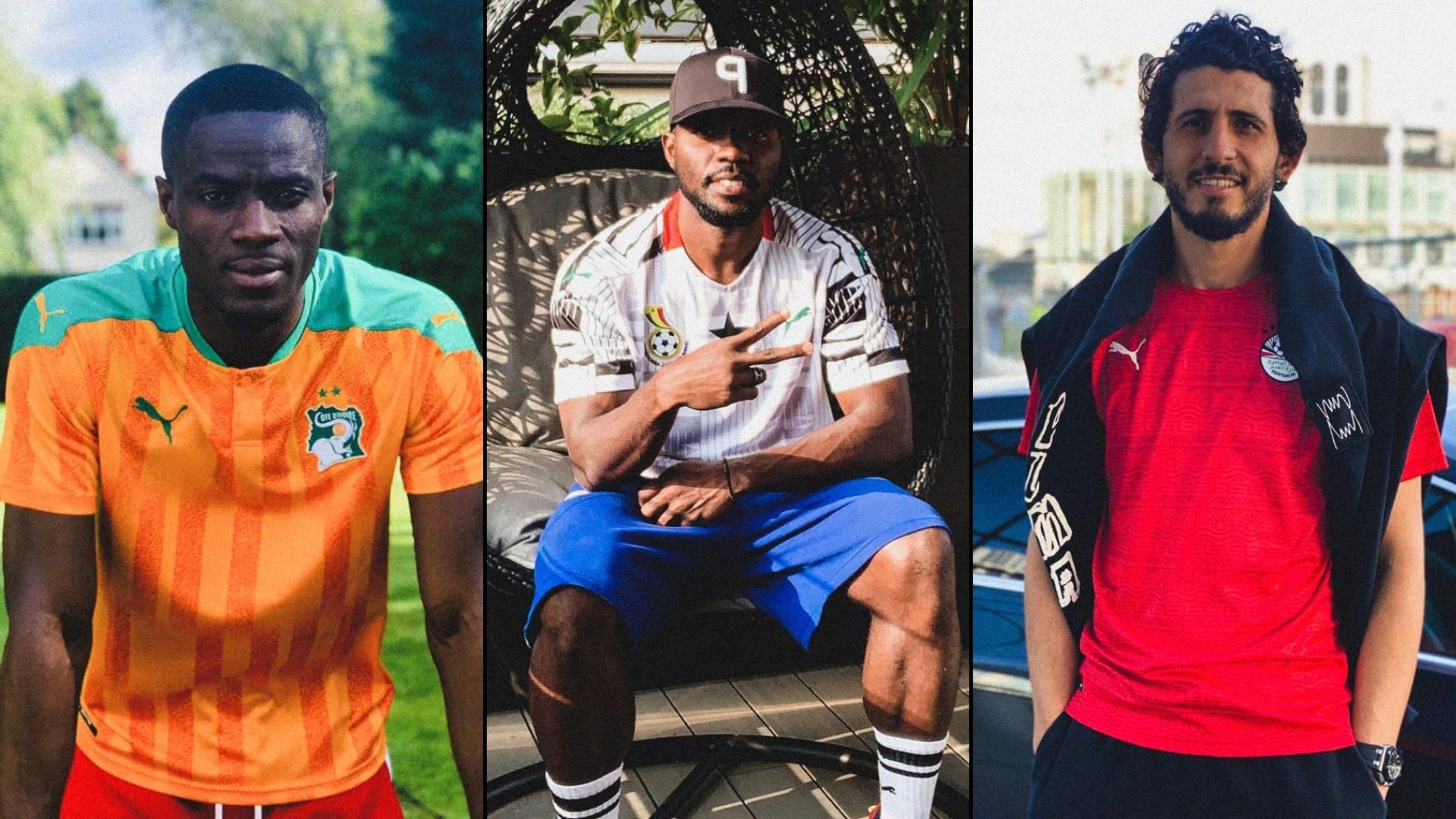 On Monday, athletics wear brand Puma did a mass release for its affiliate nations across the continent of Africa ahead of this week’s international friendlies. Each jersey features stars above the chest crest to represent the number of AFCON wins for each Nation and a personalized pattern to reflect the culture and history of each country.

According to the Puma website, “materials are enhanced with PUMA dryCELL technology for moisture-wicking comfort and performance.”

The new Egyptian kits feature a tailor-made design for the country. The home jersey is red with white logos and black used for parts of the sleeves.

The pattern featured across both the home and away jerseys were inspired by Egyptian hieroglyphs. A subtle nod to the countries rich history.

The Pharaohs, who are seven-time African champions, are due to continue their campaign in the Nations Cup qualifiers, but the final dates of the remaining matches haven’t yet been set.

The new jersey bears a patterned shoulder stripe inspired by traditional Moroccan artwork. The pattern is displayed identically between the home and away jerseys with the pattern colored in dark red.

In 2019, Morocco crashed out of the AFCON tournament in disappointing fashion losing to underdogs Benin in the Round of 16. The Lions hope to redeem themselves this upcoming season.

The Puma Ivory Coast 2020-21 home football shirt is orange with an elephant skin inspired pattern, coming from the team’s nickname Les Éléphants (The Elephants). The same pattern can be seen on the away jersey in grey.

Ivory Coast is coming off a spectacular international season in 2019. They inevitably crashed out of the AFCON tournament against eventual champions, Algeria in a hotly contested match that ended in penalties.

Boasting players such as Serge Aurier, Eric Bailly, Nicolas Pépé, Wilfried Zaha, and other European football stars, an AFCON trophy might be the perfect accessory for these new kits.

Ghana’s new home kit is mainly white, while the away version is mostly yellow, with a balance of black designs in both.

The graphics across both the home and away jerseys are inspired by Ghanaian culture, with a woven print depicting a bright and beautiful future.

The away jersey features a yellow-based outfit throwing it back to the kits of the 1990s and early 2000s.

Ghana hasn’t won the African Cup of Nations since 1982, and talks from Ghana officials make it sound like the trophy won’t be coming home for quite some time. Ghana debut the new set of jerseys for the first time when they face Mali and Qatar in international friendly matches on October 9 and 12, respectively.

The Puma Senegal 20-21 home jersey is white with green logos and cuffs, featuring a traditional pattern on the front and sleeves.

Both jerseys feature catching square pattern of customary Senegalese fabric designs on their fronts. The green, yellow and red of Senegal’s flag add subtle accents to the 20/21 home kit while lime green adds contrast to the alternate jersey.

Senegal is probably one of the most interesting teams on the African continent right now. They finished second at the African Cup of Nations last year losing to champions Algeria in a snooze fest of a match that only saw one goal. However, on the back of reigning African Player of the Year, Sadio Mane, the sky is the limit for this team. Not a bad kit to wear holding an AFCON or even World Cup trophy.

What do you think of these new Puma kits?

Which one is your favorite?