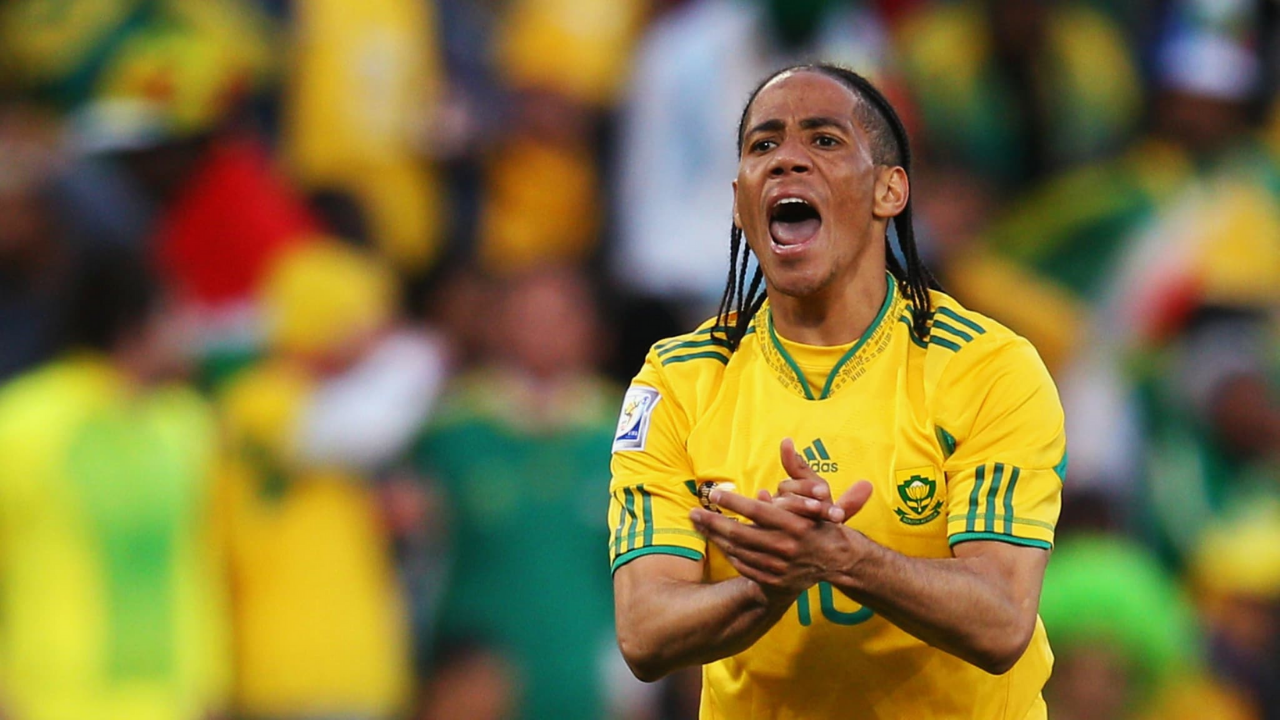 Ten African Players Who Rose From Grass To Grace

Many African footballers had to surmount some obstacles, including poverty, amongst other things before they achieved all the glitz and glamour they are now associated with.

For some, their parents simply did not want them to become footballers. African parents are famous for preferring career paths such as doctors, lawyers, and banking.

It’s fair to say footballers live a charmed life, their large salaries, fancy cars, and ultra-modern houses allude to that fact, but that hasn’t always been the case for many of them.

A lot of football superstars today, especially the African ones, were once poor and had to use their talents as a stepping stone to a better life.

In that spirit, these are your top 10 rags to riches story of African footballers.

Growing up in his native Abidjan along with his four other siblings and both parents, Yaya Toure often tried to normalize his childhood experiences whenever he spoke about it, but the truth is he grew up poor.

According to the man himself, he didn’t have football boots until he was ten years old because his parents couldn’t afford them, a direct quote from him in 2011 read “Boots were very expensive,” and when there are seven in your family, and you say you want to buy a pair your father wants to kill you.”

Those boots would go on to serve him well as he impressed in the Asec Mimosas academy, earning himself a move to Europe with Dutch club, Waasland Beveren. That move served as a springboard for moves to bigger European clubs such as Metalurh Donetsk, Olympiacos, Monaco, Barcelona, and Manchester City.

Yaya Toure had a long and distinguished career that saw him win two La Liga titles, one Champions League, one Copa del Rey, three Premier League titles, one FA Cup, one Nations Cup, and many others. Safe to say, he made up for all of his childhood struggles.

Sadio Mane is the reigning African footballer of the year, and it was not all glitz and glamour for the Senegalese superstar. He had to convince his parents about his career choice as a footballer. Armed with only torn boots and shorts to wear during the trial, he was able to impress and get his shot as a pro footballer.

In his own words;

“I left my city to go to the capital with my uncle, and there were trials on,”

“We went to them and there were lots of boys being tested and getting organised into teams. I will never forget this, and it is funny now, but when I went to try out there was an older man that looked at me like I was in the wrong place”

“He asked me ‘are you here for the test?’ I said I was. He asked me, ‘with those boots? Look at them. How can you play in them?’. They were bad, really bad – torn and old. Then he said, ‘and with those shorts? You don’t even have proper football shorts?’

“I told him what I came with was the best I had, and I only wanted to play – to show myself. When I got on the pitch, you could see the surprise on his face.

“He came to me and said ‘I’m picking you straight away. You’ll play in my team.’ After those trials, I went to the academy.”

“Since I was two or three years old, I remember always being with the ball. I would see kids playing on the street, and would join them.”

“That is how I started – just on the roads. When I got older, I would go to watch games, especially when the national team played. I wanted to see my heroes and imagine myself as them”- Sadio Mane

Oh, how tables have turned for the Liverpool forward as it’s now the turn of Senegalese kids to idolize Mane and watch him on their TV screens.

Jay Jay Okocha’s story is quite impressive, it’s a case of talent meeting the right opportunity for the son of an orange seller.

In the words of the former BBC African footballer of the year award winner,

“I left for Germany at a tender age of 17 years on a visit and I never thought of playing professional football in Germany. It was a coincidence because I was not scouted by anybody. My brother was the one invited at that time, I just used the opportunity of the invite to visit Germany”

The rest as they say is history for the former Enugu rangers superstar who went on to play in the French League, the Premier League in Turkey, and in Qatar.

Okocha won the 1996 Olympics with Nigeria and the 1994 African cup of Nations.

4. Samuel Eto’o – Shared A Bed With Six Other Siblings

According to accounts given by the Cameroonian star himself, he grew up sharing a bed with a few of his six siblings in their cramped house in Doula.

Eto’o and his brothers used to kick around wrapped plastic because they couldn’t afford an actual football and only started to take the sport seriously when he joined the Kadji sports academy in Cameroon as an 11-year old.

His talent was impossible to hide, and he was spotted by scouts who took him to Spain to start his professional football journey with the Real Madrid academy, and the rest, as they say, is history.

Like many people of his age, Steven Pienaar grew up in an extremely hostile South Africa, made even worse by his race because of the apartheid era at the time.

Pienaar himself described his hometown of Westbury, Johannesburg, as a “cauldron of violence and strife,” which doesn’t sound like a suitable place to develop football talents.

Pienaar however found a way, he strutted his stuff for South African club, Ajax Cape town in his early days before his talent was noticed by their parent club, Ajax Amsterdam, who signed him on.

Five successful years in the Netherlands were followed by outings for Borussia Dortmund, Everton, Tottenham, the captaincy of the national team before ending his career at Bidvest wits back home in South Africa.

Not many footballers can say they’ve hard as difficult a start in life as Victor Moses, although you wouldn’t be able to tell by looking at his fresh skin and a friendly smile, the Nigerian winger had an awful childhood.

Moses left Nigerian to seek asylum in London as an 11-year-old, after both, his parents were murdered in Kaduna during a religious riot, and things didn’t instantly get better for him despite the change of location.

He grew up mostly without family and even had to play barefooted for a while until he moved into a foster home in South London, and things started to look up for him when he joined Crystal Palace’s academy.

Not by any means the biggest name on this list, but Lauren has had to endure some incredible hardship even to stay alive, let alone become a professional footballer.

Lauren was born in Kribi, Cameroon to Equitorial Guinean parents who had fled their native country in a bid to escape the vicious rule of a dictator, Francis Nguema.

Several struggles later, his parents moved from Cameroon to Spain with him and his 14 siblings, where he was able to start a football career with Sevilla as a promising right back.

His performances at Levante and Mallorca would go on to catch the eye of Arsene Wenger who signed him for Arsenal where he was a part of the famous “invincibles” squad.

At the age of 28 years old,  its safe to assume that Christian Atsu’s window to be an elite player has passed him already, but given his background,  he has achieved more than anybody thought he would.

The Ghanaian winger gave an account of how tough it was for him growing up in Accra, with very little money and food, and he had to hawk sachet water popularly referred to as pure water in traffic to make ends meet.

Now as he currently plays for Newcastle having previously played for Porto, Chelsea, Vitesse, Everton, Bournemouth, and Malaga, it’s safe to say those dark days are firmly behind him.

Stephen Appiah is one of the greatest footballers the proud country of Ghana has ever produced, in fact, he even has a reputation for being one of the richest sportsmen in Ghana.

However, he, like every other big name on this list, struggled a lot to make ends meet in his early days.

Stephen Appiah was born in Chorkor, a fishing community in Accra, so understandably pretty much everyone in the neighborhood was poor but allowed his circumstances to affect his focus.

He was a part of the Ghanaian squad that won the 1993 U-17 World Cup even though he was just 15 at the time, and he impressed so much, his big break came after the tournament, playing for clubs like Juventus, Fenerbahce, Udinese, etc. He is currently the Black Stars Technical Coordinator.

Ighalo now plays for Manchester United at the age of 31 is an intriguing story of a survivor and a fighter.

Just when everyone thought it was over for the former Nigerian youth international, he emerged as the top goal scorer at the 2019 African cup of Nations, and he signed for Premier League faints Manchester United, becoming the first Nigerian to play for the Manchester club.

Ighalo grew up in a family with financial challenges.

SON OF A SOFT DRINKS SELLER

Ighalo’s mother had to hawk sachet water in the streets of Lagos, to provide for Ighalo and his siblings. When his parents learned of his interest in football, his father never wanted his son to become a footballer. His mother supported him, though, with the little she had. Ighalo’s mother supported him with money to buy football boots and transport himself to games.

His skills and determination helped him turn his story around as he would go on to play for Grandma and Watford, earning for himself a huge amount of money in the process.

Ighalo’s story is perhaps why he understands the need to give back to society, which he regularly does, having witnessed and suffered poverty first hand.