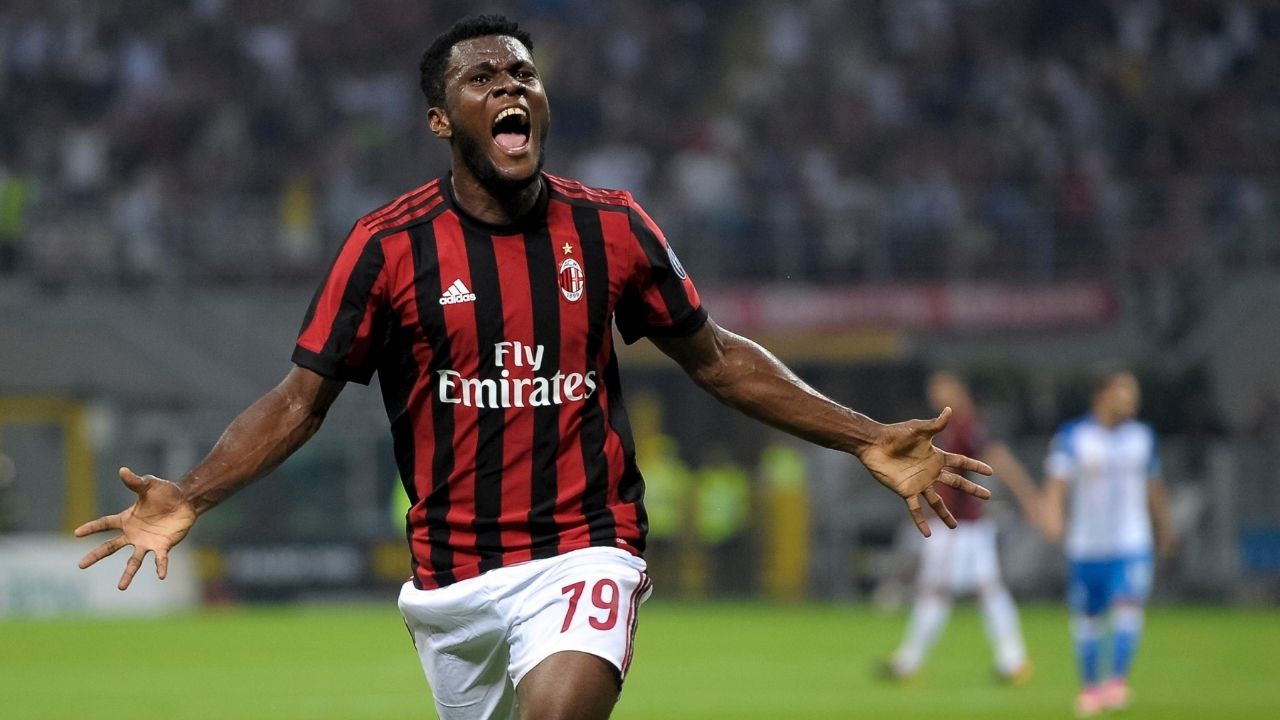 African footballers are scattered around pretty much every European league, and Italy is no different. Some of the best players in the league right now are Africans.

Juventus are nine times defending champions of the highly physical Italian League, and Napoli’s Victor Osimhen will be hoping to challenge them for the title.

This list, which is arranged in descending order, shines the spotlight on the very best representatives of the motherland in Italy.

The Senegalese are widely regarded as one of the best center-backs in the world right now. Although Koulibaly remains a Napoli player, he has always been the center of attraction for top clubs around Europe like Manchester City, Liverpool, and Chelsea.

29-year old Koulibaly is a Naples cult hero. He’s played for the club since 2014 when he joined from Genk, helping them cement their place as the second-best team in Italy behind the almighty Juventus.

He’s added two trophies with Napoli to his mantel, the Coppa Italia and the Super Copa Italia, and even more on a personal level being named in the Serie team of the year four times, and winning the Serie A defender of the year award in 2019.

Continued key performances from Koulibaly could finally see them wrest power from Juventus, who have appointed managerial newbie, Pirlo as their coach.

In the 2108 minutes Koulibaly played last season,  he made an average of 2.5 clearances, 1.2 headed clearances, 2.2 tackles, and 1.3 interceptions alongside 6.8 recoveries per match.

The Lanky Nigerian forward is Napoli’s record signing. He has wasted no time in showing why Napoli splashed out the cash on his signature.

He netted a hat trick on his Pre-season debut in just 8 minutes while also providing two assists and already forging a remarkable partnership with Lorenzo Insigne upfront.

The 21-year-old Osimhen is rated as one of the best young strikers in the world after his excellent season with Lille in the French Ligue 1, which led Napoli to splash a club-record fee of €70 million to bring him to Italy.

Osimhen is good in the air, and quite pacy despite his height.

He will get his chance to live up to his enormous transfer fee and fans’ expectations when the season starts in September, but it wouldn’t be out of place to suggest that he’s already one of the best African players in the Serie A, and certainly one to watch.

This Ivorian midfielder is a vital part of AC Milan’s midfield, and he proved that again beyond a reasonable doubt with his role in the Rossoneri’s revival under Stefano Pioli in the just concluded Serie A season.

A box to box midfielder, with incredible strength and decent technical ability, it’s easy to forget that Kessié is still just 23 years old because it feels like he’s been around for so long since he burst onto the scene as a teenager at Atalanta.

Already with 173 club appearances to his name, he has also played 40 times for Ivory Coast so far, indicating that he’s an established player on both club and national team level.

Born in France to Ivorian parents, Jeremy Boga headed the call of the motherland and chose to represent Ivory Coast internationally, a decision that has benefited both parties so far.

Only 23 years but Boga is already one of the best wingers in the Serie A, a diminutive right footed player who prefers to play on the left and cut into the opposition defence with his right & has become a mainstay in the Sassuolo line up.

Having come through Chelsea’s academy, Boga was sent out on multiple loans before being eventually sold to Sassuolo in 2018 and his 11 league goals in the just concluded season caught the eye of his former club, Chelsea who were rumoured to be considering triggering his buyback clause.

One of the very few silver linings in an otherwise cloudy 2019/2020 season for Torino, Ola Aina continues to cement himself as one the brightest young talents in Serie A after only just two seasons in Italy.

The Nigerian international is another one that came through the ranks at Chelsea, on loan to Torino in 2018, and he impressed so much in his first season that they signed him permanently for £9 million.

He has played in 62 out of a possible 74 Serie A games in his first two seasons in Italy, and the wing-back has also become something of a regular with the super eagles of Nigeria making 17 appearances.

Although now past his prime, 33-year old Gervinho is still good enough to make this list, as his performances at Parma have shown he’s still got a lot to offer in top-flight football.

The Ivorian winger joined Parma in 2018 after a spell in China and has since surpassed the expectations of many, quickly becoming Parma’s best player despite his age.

He is still surprisingly fast and has an eye for goal, especially the spectacular ones. With 18 league goals in 61 appearances across two seasons with Parma, Gervinho is still very much one of Africa’s finest exports to the Serie A.

When AC Milan splashed £16 million to bring Algerian midfielder Ismael Bennacer to the San Siro last summer, many doubted whether he was the right fit. Still, he has done well enough to erase all doubts over his ability.

It didn’t take long at all for the 22-year-old to strut his stuff, bringing some much-needed stability to the Rossoneri midfield, forming an excellent partnership with Frank Kessié, and becoming a mainstay in the squad with 31 league appearances in his debut season.

Bennacer, who had previously played for Arsenal and Empoli before joining Milan, is also an established international with the desert foxes of Algeria, making 22 appearances so far, and playing a significant role in winning the 2019 AFCON.

The fact that this 21-year-old has already played for Real Madrid and Borussia Dortmund, two of the best clubs in the world, tells a lot about his talents.

No wonder Inter Milan wasted no time in snapping him up ahead of the 2020/2021 season, and no doubt, he is one to watch.

He always bursts forward, and he can contribute a lot to Antonio Conte’s Milan Title charge.

A lifelong Serie A veteran, 31- year old Ghanaian veteran, Kwadwo Asamoah has spent all 12 years of his professional football career so far in Italy, starting out at Udinese to Juventus and now Inter Milan.

Asamoah has featured on several occasions as a left back, left wing back and central midfielder and although appearances have been hard to come by under Antonio Conte so far at inter, he’s still done enough in his career to make this list.

He’s won 6 Serie A titles and 4 Coppa Italias all with Juventus, and was even named in the Serie A team of the 2013/14 season, add his 74 Ghanaian national team appearances to that and what you get is an African football legend.

Keeping up with the theme of young but established players, the latest entry, Amadou Diawara, hails from Conakry, Guinea, and is one of the most recognizable faces in the Serie A.

At just 23-years old, Diawara is already on his third Serie A team, from Bologna to Napoli, and now Roma. He’s always had the attention of the biggest teams in Italy.

Although injuries have limited his debut season in Rome to just 21 league appearances, Diawara is still recognized as a top defensive midfielder when fit and an established international with 10 caps for the Guinean national team.

26-year old Troost-Ekong is a mainstay at club level for Udinese, where he made 30 league appearances to help them avoid relegation.

There wasn’t much fanfare when Ekong arrived Udine in 2018, but his impressive performances in his debut season led people to sit up and take notice of his ability.

His commanding physical figure and no-nonsense approach to the game makes him a superb center-back option, which is why he’s made 41 national team appearances for the super eagles of Nigeria.

Injury problems have slowed down the progress of  Ghoulam for the past three seasons but he was once considered one of the best left-backs in the world and was reportedly under the transfer radar of Chelsea, Arsenal, and Manchester United.

A new season represents the start of new things for the Algerian left-back and having made his way into first-team considerations towards the end of the 2019/2020 season. One can expect him to do so again.