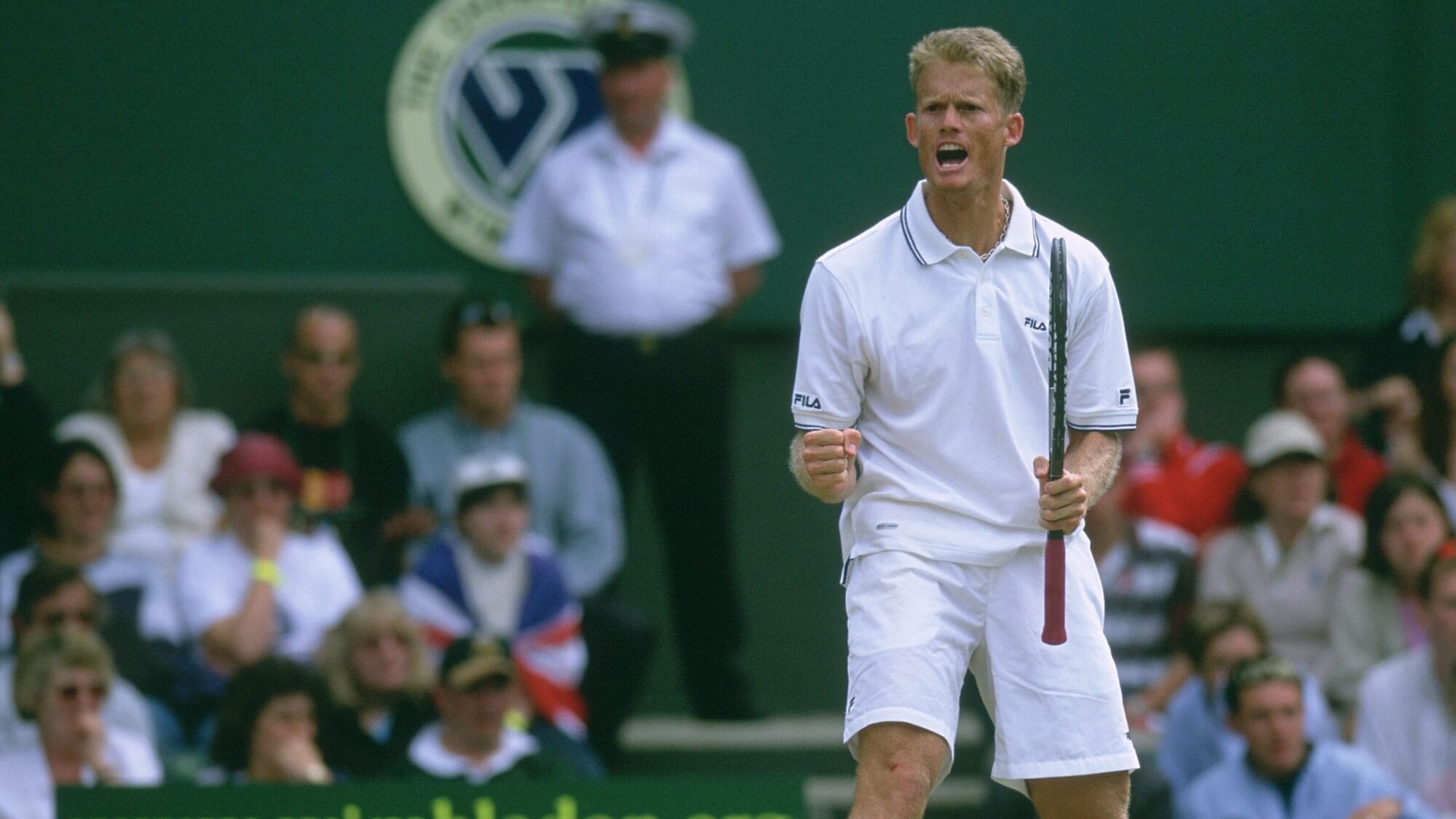 Of all the most popular sport in Africa with football unsurprisingly ranking as the first, the tennis sport does not even come any close on the rankings. The reluctance of sports federations in sponsoring or promoting sports such as tennis that have gained little or no relevance can be said to be one of the many reasons why Africa currently has no renowned continental representatives across the globe.

Although the governing body of tennis in Africa Confederation of African Tennis (CAT), a non-profit private organization based in Tunis, the capital of Tunisia, has taken the responsibility of regulating tennis in the African continent, its privatization, however, has probably been the major setback. History has it that for several decades now, Africa has had notable representatives in the sport, their imminence or pertinence has probably put them in the dark.

Here’s a list of the top 10 African Tennis players who have dominated at a point in their career.

Odizor is a former professional tennis player from Nigeria. He has won 7 doubles career titles and just one single in Taipei, Taiwan in 1983.

The right-handed tennis player had his highest singles ranking as world number 52 in June 1984 and world number 20 in August 1984 in the doubles.

Doumbia is a retired professional tennis player for Senegal. He started as a professional player at the age of 23 years, and just about two years later, he won his singles title at the Lyon Open, which saw him being ranked 453rd in the world.

Later in 1995, he won his second title in the Bordeaux open, which was the last title for him. He had his career-high ranking as world number 74 in September 1988, which later saw him retire in 1997 at the age of 34.

Ismail El Shafei is a formal men’s professional tennis player who was born in Egypt in November 1947. He became a professional player at the age of just 21 as a lefty. Starting his tennis career at the Egyptian championships, he reached his first International tournament final instead of West Germany in 1963, losing out to Germany’s Harald Elschenbroich. El Shafei won is first seniors tournament in Costa Rica in 1966 and also won the Egyptian open in Cairo three times.

He was also the first and only Egyptian to make the top 40 in Grand Prix/ATP ranking history. He has nine career titles in the doubles and six singles titles. After his retirement in March 1983, he has held administrative roles on several occasions as he was elected president of the Egyptian Tennis Federation from 1994 -1996 and 2005 2008. In 1998, he was elected to the board of directors of the international tennis federation until 2001.

Drysdale is a retired South African tennis player who started professionally at the age of 27. He was one of the handsome 8, a group of players who signed for the newly formed professional World Championship Tennis (WCT) group.

During his open era career, he won five singles titles and six doubles titles, including winning the 1972 US Open doubles alongside Roger Taylor. He has won an overall 23 career titles before announcing his retirement in 1980.

Drysdale has served as a tennis commentator on ESPN since the network was founded in 1979; he became a naturalized US citizen after his retirement and, in 2013, was elected into the International Tennis Hall of Fame.

Bryon Black is a former professional tennis player born in Zimbabwe on the 6th of October 1969 to parents Donald black and Velia black, who were also professional tennis players. He started playing tennis at a young age, and when he featured for his high school team in his hometown, he was able to partner with future Davis Cup players for Zimbabweans like Greg Rodgers and Mark Gurr.

In June 1996, he achieved a career-high singles ranking as world number 22, just two years after he became world number one in doubles after partnering Jonathan Stark to win the 1994 French open. During his career, he accumulated will total of 22 career titles in the doubles and two singles titles. He later retired in 2002.

Kevin Curren is a South African former professional tennis player who was born in Durban, South Africa in 1958. Like Johan Kriek, Curren also left his country to become an American citizen to avoid consequences of the boycott, which in turn enabled him to compile for himself an honorable career profile.

He turned a professional tennis player at the age of 21 and won his first top-level singles title in 1981 in Johannesburg.

Curren has 14 Grand slam doubles titles, five top-level singles titles, and 26 doubles titles. He had his highest ranking ever in 1983 as world number three and retired just ten years later in 1994. He currently serves as captain of the South African Davis Cup team.

Hewitt is a former professional tennis player from Australia but became a naturalized South African at the age of 27  by marriage to South African wife Dalaille, thereby becoming a citizen when they both moved to Johannesburg in 1970.

What makes Hewitt rank as one of the greatest Africans to ever play the game was because of his most significant accomplishment of winning all Grand slam doubles titles both in men’s and mixed doubles in the United States open, Wimbledon open, Australian open and French open and being Central to South Africa’s only Davis Cup title in 1974.

Hewitt achieved 27 titles in singles and 65 doubles and was ranked world number six in 1967 which saw him being inducted into the International Tennis Hall of Fame in 1992.

Kriek is a retired South African tennis player and founder of the Global Water Foundation, a nonprofit organization. He is regarded as the most successful African tennis player ever as he has won 14 ATP titles, including two grand slams. At the start of his career, he had to flee his country at a time when South Africa was boycotted and isolated from tennis to live his dream of becoming a professional tennis player. By doing this, he became a naturalized American citizen in August 1982.

Kriek has a career-high singles ranking of world number seven and also has eight career titles in the doubles tournament. He retired in 1994 at the age of 36.

Younès El Aynaoui is a former professional tennis player from Morocco. As a prevalent figure in his country, El Aynaoui received a gold medal, the nation’s highest sporting honor from King Mohammed VI (King of Morocco). In 1993, the right-handed tennis superstar reached his first top-level Grand Prix singles finals in Casablanca, which ended in a loss to Argentine opponent Guillermo Perez Roldan.

At the age of 24, after finishing as runner-up in three tour events, El Aynaoui suffered a broken right ankle, which posed a significant setback to his career for some time. On his return from injury, he won five Challenger Series tournaments, which saw him move up the ranks to world number 49 from the 444th position he left off due to his injury.

In 1999, he won his first top-level singles title in Amsterdam and his second in 2001 at Bucharest. The high of his career was in 2003 when he defeated world number one Lleyton Hewitt in the round of 16 to reach the quarter-finals in a famous match. After several injury layoffs followed in 2017 at the age of 45,  El Aynaoui, in a tournament in Bahrain, became the oldest player to have an ATP ranking, and he retired afterward.

Wayne Ferreira is a former professional tennis player who was born in September 1971 in Johannesburg, South Africa. At the start of his career as a junior player, when he competed at the US Open in 1989, he won the junior doubles title and was ranked number one junior doubles player. He turned a professional player that same year and entered for the ATP doubles that held in Adelaide in 1991, which he won as his first professional title.

After his consecutive wins as a junior and professional player at the doubles category in June 1992, he won his first ATP singles at Queen’s club London. On the African soil, Ferriera teamed up with Amanda Coetzer to win the Hopman Cup for South Africa. In the course of his career, Ferriera won 15 top-level singles titles and 11 doubles titles. In May 1995, he had the highest of his rankings as world number 6 in singles and world number 9 in doubles in March 2001.

Ferreira had teamed up with the current tennis sensation Rodger Federer in the men’s doubles in 2001 in which they finished in the third round. Ferreira is also one of the few players with a positive record against Rodger Federer. He retired in 2005 with a career record of 60.8% wins.