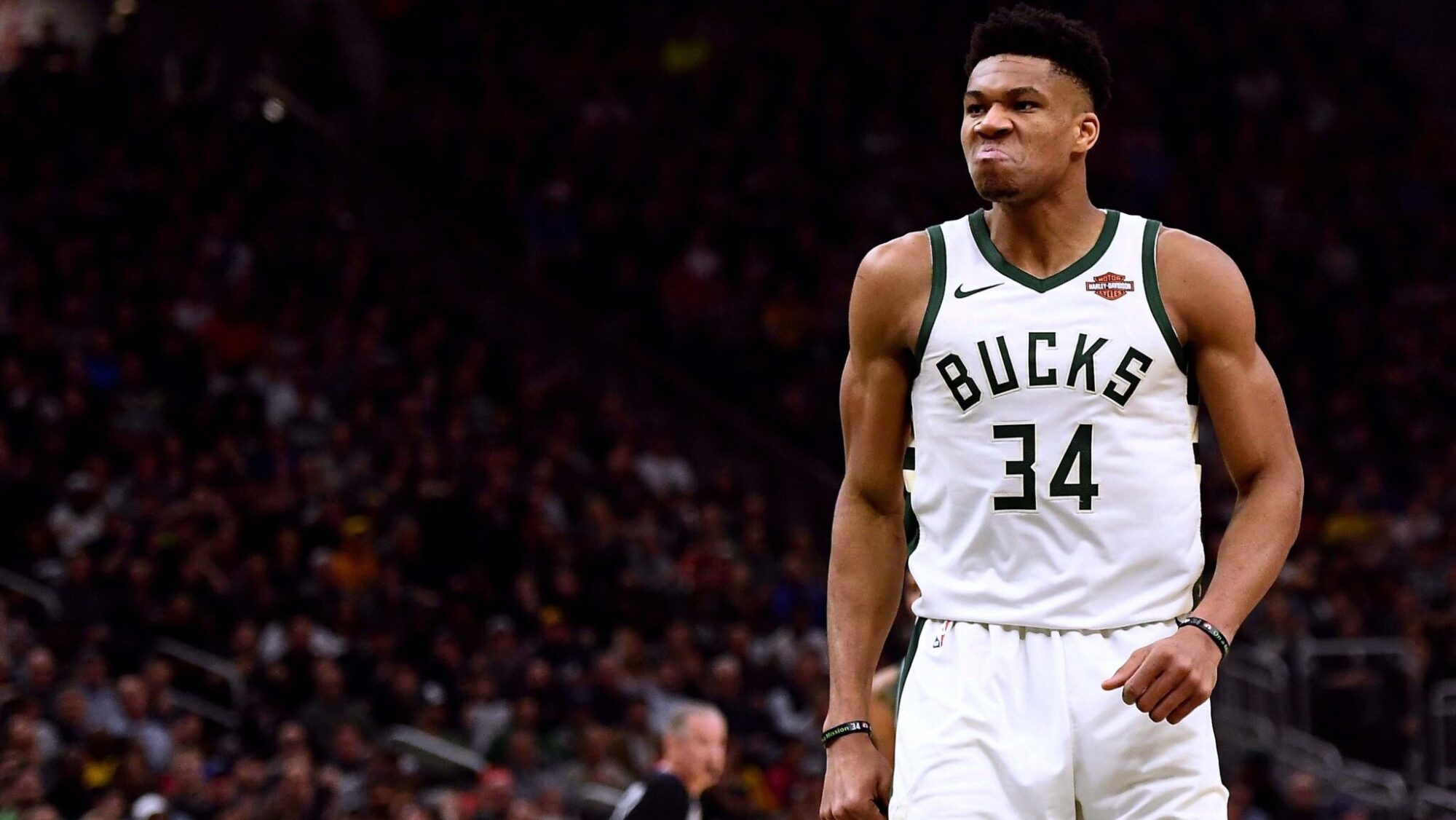 The NBA( National Basketball Association) is, without a doubt, the highest level of professional basketball anywhere in the world, with hundreds of players from different parts of the world, including Africa.

Some of the greats the NBA has seen include but are not limited to; Lebron James, Kobe Bryant, Michael Jordan, Kevin Durant, Stephen Curry, amongst others.

Africa has had a good relationship with the NBA, producing some of the very best players of all time like, Hakeem Olajuwon, Steve Nash, Dikembe Mutombo, amongst others, and even some of the best players in the league right now are of African origin.

Let us take a look at the top 10 African players or at least of African descent currently in the NBA.

Another Congolese on the list, Bismack Biyombo, was born in Lubumbashi and got his chance at professional basketball in Spain when a scout spotted him during a youth tournament as a 16-year old.

Biyombo would play in Spain for two years before getting drafted 7th overall by the Sacramento Kings and then traded to the Charlotte Bobcats still as a teenager with a lot of potentials.

He failed to live up to that potential though, averaging just 5 points per game in his first two seasons, and it didn’t take long for him to fall out of favor, leaving as a free agent at the end of his 4-year contract.

Despite Charlotte not going according to plan, Biyombo was still in demand in the NBA, eventually signing a 2-year deal with the Toronto Raptors in 2015 where he improved but again not to the level expected when he was drafted.

He returned to Charlotte in 2018 and has been there ever since, now 27 years old. There is still time for the Congolese international to reach the heights expected of him.

Biyombo is ranked #4 all-time in blocks as a Hornet. Biyombo is currently the shortest center on the roster, standing at 6’9. While his height may be a weakness, Biyombo does not let it affect his shot-blocking. Over his career, Biyombo has amassed a total of over 803 blocks and over 3,660 total rebounds.

Born in Kinshasa, DR Congo Emmanuel Mudiay took a different path into the NBA, after finishing high school in the US, he declined several college scholarships to go play professional basketball in China.

He signed a $1.2 million contract with Guandong Southern Tigers as an 18-year old but his season was disrupted by injuries meaning he only played 12 games in China, averaging 18 points per game.

He declared for the NBA draft in 2015 and was drafted 7th overall by the Denver Nuggets, where he played for three years before getting traded to the New York Knicks in 2018.

Injury issues resurfaced again for him in New York, and he only stayed for a season and a half averaging 14 points per game before moving on at the start of this current season to Utah Jazz where he’s part of a team in the playoffs for the first time in his career.

The youngest player on this list, 23-year old Bam Adebayo was born in New Jersey to a Nigerian father and an African-American mother. In 2017, he was drafted 14th overall by the Miami Heat.

It wasn’t until this current season, 2019-20 that Adebayo started to make waves in the NBA, putting up dominant performances and beginning to realize his potential.

The Power Forward’s heroics this season led to his first-ever All-Star appearance in January. After leading the Heat back to the playoffs, he was nominated for this year’s most improved player award, which he is widely expected to win.

Adebayo eliminated Toronto Raptors All-Star Pascal Siakam (also on this list) in the semifinals in a tight matchup.

As far as national allegiances go, Bam Adebayo had made it clear he wants to play for the United States and was even selected for the 2020 Olympics squad before it was postponed due to the Coronavirus pandemic.

This 28-year old shooting guard was born in Maryland, the USA, to a Nigerian mother and a Nigerian father who spent much of his life in Sierra Leone, and although he’s spent most of the time in the US, Oladipo is as African as can be.

He was drafted in 2013 as a high prospect after having an impressive college career and was selected 2nd overall by the Orlando Magic and would impress straight away, finishing second in the Rookie of the Year award.

After three years with the Magic, Oladipo was traded to Oklahoma in exchange for another African, Serge Ibaka, where he only stayed a year before being traded again this time to the Indiana Pacers, where he still plays.

An incredibly skilled player, who also developed a reputation for scoring a lot and being a franchise player, but his career has been affected by injuries.

Oladipo, who is a 2-time All-Star, is still yet to represent any nation internationally, even though he’s eligible for both Nigeria and the United States.

Al-Farouq Oleyede Aminu is a Nigerian-American professional basketballer who plays for the Orlando Magic in the National Basketball Association (NBA) and equally represents the Nigerian national basketball team in international competitions. He was born on September 21, 1990, to Nigerian parents Abubakar Aminu and Anjirlic Aminu when they arrived in America in 1984 to attend Morehouse College in Atlanta

Aminu was selected by the Los Angeles Clippers in the 2010 NBA draft with the eighth overall pick and has also played for the New Orleans Pelicans, Dallas Mavericks and Portland Trail Blazers

While representing Nigeria, Al Farouq competed at the 2012 Summer Olympics, and he was part of the basketball team D’Tigress of Nigeria, who defeated Angola 74 – 65 in the 2015 FIBA Africa championship, which held in Tunisia to claim the title. He was also named in the All-Star five of the 2015 AfroBasket team alongside compatriot Chamberlain Oguchi.

Born and bred in Brazzaville, Congo, Serge Ibaka moved to France as a 17-year-old to pursue his dream of playing professional basketball, after which he spent some time in Spain, playing mostly in the second division before he eventually landed in the NBA.

Drafted 24th overall by the Seattle SuperSonics, who would eventually become Oklahoma city thunder, he spent one more year in Spain before finally arriving in Oklahoma in 2009.

He was traded to the Orlando Magic in 2016 who in turn traded him to his current team, the Toronto Raptors where he played a key role in helping the team secure their first-ever NBA title in 2019.

Ibaka who plays as a center/power forward, chose to represent Spain internationally after he was given citizenship in 2011, despite having already played for Congo at the junior level.

His most notable individual achievements include being named in the NBA all-defensive first three times and leading the league in blocks in 2 separate sessions.

Born in Springfield, Illinois, Andre Iguodala’s mother is African-American and his father, a Nigerian who qualifies him for this list, even though he’s American through and through.

By far, the most successful player on this list, 36-year old Iguodala, is a 16-year veteran, a vital member of the Golden State Warriors dynasty where he won 3 championships, finals MVP in 2015, All-Star in 2012 amongst several other accomplishments in a long and distinguished career.

On the international scene, he’s represented and won the FIBA World Cup and Olympic gold with the USA dream team, and now he’s a part of the Miami heat currently in the 2020 playoffs in search of his 4th ring.

Another player that transcends the “best Africans” title because he’s simply one of the best in the NBA right now, Pascal Siakam’s rise to the top has been meteoric.

The Cameroonian born power forward was drafted by the Raptors out of college 27th overall in 2016 as pretty much an unknown entity. He was immediately assigned to Toronto’s G-league team, where he won a championship and finals MVP.

His heroics led to a chance in the Raptors NBA squad, an opportunity he grabbed with both hands, establishing himself as a starter and earning the nickname ‘Spicy P’ for his skillful style of play, uncommon in big men.

It was in the 2018-19 season he fully attained superstar status, playing 80 of the 82 regular-season games and all 24 playoff games, averaging 19 points per game to help them win the Championship for the first time. He was also named the most improved player for that season.

His contributions to the Championship winning season earned him a 4-year contract extension worth $130 million, and he’s been living up to the hype, playing a crucial part in Toronto’s NBA title defense this season, earning his first-ever All-Star appearance in January.

Another one that falls into the category of the very best in the league right now, Joel Embiid is a Cameroonian center who plays for the Philadelphia 76ers.

Born in Yaounde, Embiid moved to the United States as a 16-year old to pursue his dream of playing in the NBA, which he eventually achieved when he was drafted as the 3rd overall pick by the Philadelphia 76ers after one year in college but wouldn’t play for the 6ers until 2016 because of a long term injury.

When he did return, he took the league by storm in his debut season, leading the 76ers to give him a 5-year contract worth $148 million with an option for $30 million more if he makes the all-NBA first team.

Nicknamed ‘The Process,’ Embiid has since gone on to establish himself as one of the best players in the league and arguably the best center, averaging 23.9 points per game, 11.5 rebounds per game and 3.1 assists in what has so far been a dominant career.

Embiid has been named in every All-Star team since 2018 (3), 2-time All-NBA second team, two time NBA all-defensive second team as well as the 2017 all-rookie first team.

There could not have been any other number one on this list asides Giannis, as he is not just the best African in the NBA, he is the best player in the whole of the NBA,  period.

Born in Athens, Greece, to Nigerian parents, Giannis has never been one to shy away from his African roots, displaying his Nigerian pride at will even though he represents Greece on the international stage.

His last name, originally Adetokunbo had to be Hellenized to Antetokounmpo in 2013 when he got his Greek citizenship according to the laws of the land.

Standing at 6ft 11 inches, the Power Forward’s dominant physique and explosive style of play, which includes incredible athleticism, earned him the nickname, “The Greek Freek.”

At just 25 years old he already has a long list of career achievements that would make veterans jealous. Apart from being the current MVP, he’s also a 4-time All-Star, made the all-NBA first team once, all-NBA second team twice, most improved player in 2017 just to name a few of his honors.

In 2020, Antetokounmpo set the all-time record for single-season NBA Player Efficiency Rating (PER) with 31.87,  surpassing the previous record held by Wilt Chamberlain of 31.82

All of Giannis’ 7 years in the NBA have been with the Milwaukee Bucks who drafted him 15th overall in 2013, his $100 million contract is matched by his career stats 27.3 points per game, 8.8 rebounds per game and 3 assists per game.