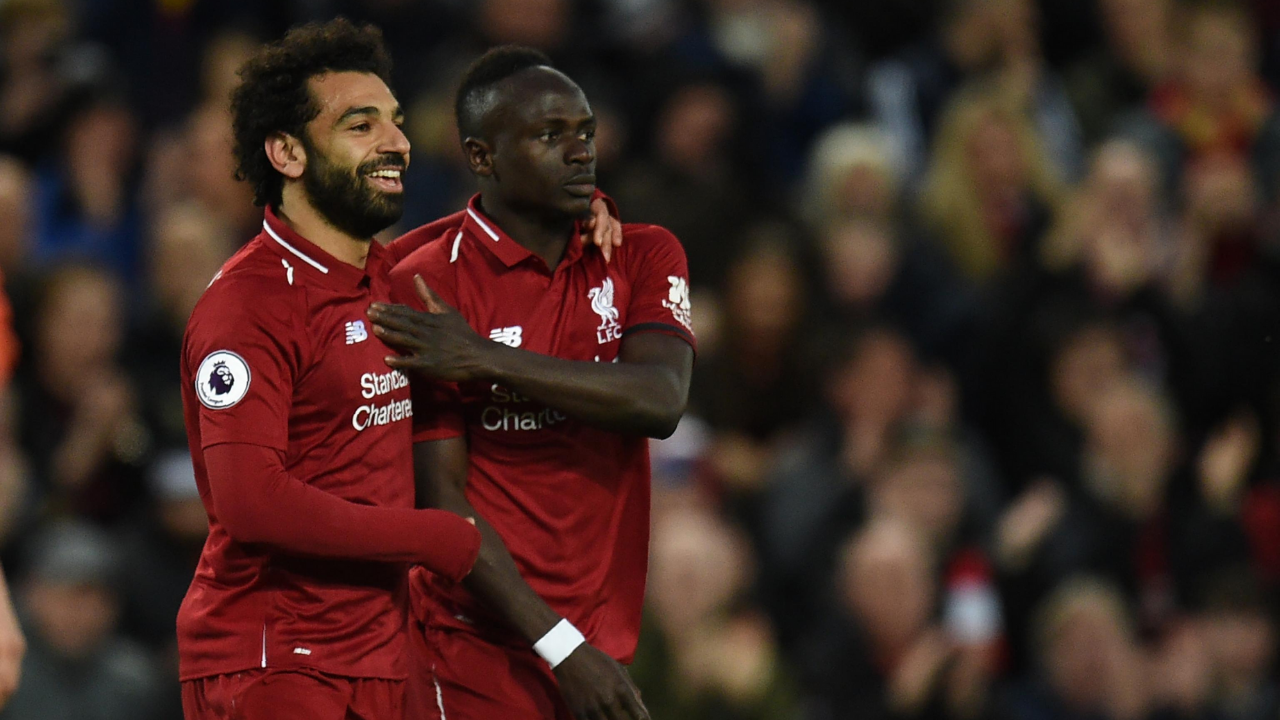 Africans have established themselves as Mainstays of the best football clubs in Europe. From how pivotal Didier Drogba was to the all-conquering Chelsea side between 2004- 2012, to how vital George Weah was for the swashbuckling AC Milan side of the 1990s and many more.

In fact, it is now more common to have more than one African player in a top club like we have at Liverpool, where Salah & Mane are the pillars of Jurgen Klopp’s side.

We bring you a list of the TOP AFRICAN DUOS/TRIOS TO PLAY ABROAD.

At Barcelona, two African footballers were center to Barcelona’s dominance between 2006-2010. Between them, they won the best player in Africa EIGHT times. Yaya Toure and Samuel Eto’o claim to be the greatest African footballers of all time have a lot to do with their successes while playing for Barcelona.

Malian midfielder, Seydou Keita, was also in the mix, winning 14 trophies in total at his time in Barcelona. They all won the Champions League in Barcelona.

Perhaps no African duo/trio tops the combination of Yaya Toure, Keita, and Samuel Eto’o due to an incredible trophy cabinet:

One can’t talk about the glorious era of Jurgen Klopp in Liverpool without mentioning the impact and contributions of African duo of Mohammed Salah and Sadio Mane.

The pair have set records after records and have won multiple titles in their time in England, including the Premier League, the Champions League, the FIFA Club World Cup, and the UEFA Super Cup.

Salah and Mane were joint top scorers in the 2018/2019 Premier League season scoring 22 goals each as Liverpool finished a point behind Manchester City.

When it’s time to talk about duos in football, it’s common to have a situation where one player is the central act while the other is the supporting cast. That’s not the case with Salah and Mane. They both contribute hugely and equally to Liverpool. Both players have contributed 20+ goals in the last three seasons consecutively, and they have both made it to the top five in the FIFA the best and Ballon d’Or rankings.

Salah and Mane hold the record of most goals scored by an African footballer in the champions league, with both scoring ten goals each for Liverpool in the 2017/2018 champions league campaign.

The duo of Salah and Mane have all it takes to top the trio of Keita Eto’o and Yaya Toure and it’s also important to point out that there are two more  African footballers in the current Liverpool set up in Guinea’s Naby Keita and Cameroonian center back, Matip.

Jose Mourinho certainly believed in African footballers, and one cannot talk about the careers of Mikel Obi, Didier Drogba, and Michael Essien without referring to the influence of the Portuguese manager.

The squad played together at Chelsea between 2005- 2012 winning all trophies together including the Premier League, the FA Cup, and the Champions League.

There were times Kalou and Drogba started up front for Chelsea whilst Mikel Obi and Michael Essien marshaled the midfield for the blues.

Drogba and Mikel Obi played a pivotal role for Chelsea in the 2012 champions league final against Bayern Munich with the Ivorian Striker scoring the crucial late equalizer to level matters against the German side which helped the match go into a penalty shoot-out.

Mikel and Drogba had an exceptional understanding even though Mikel was a defensive midfielder, On 13 February 2010, Mikel provided a long ball for Didier Drogba to latch onto and fired past goalkeeper David Marshall as Chelsea beat Cardiff City 4–1 in the FA Cup fifth round.

Mikel provided another assist for a Drogba goal in a 5–0 win over FA Cup finalists and relegated side Portsmouth on 24 March that same year.

Salomon Kalou, on his part, scored 36 Premier League goals and provided 22 assists and was an essential member of Carlo Ancelotti’s Chelsea side of 2009/2010 that won the Premier League and the FA Cup alongside Didier Drogba upfront with Anelka and Malouda.

Whilst Lauren played as a right-back for Arsene Wenger’s side, Kanu played upfront as a Striker.

Ajax won a league-cup double. They won their 25th Dutch title by not losing a single match all season and scoring 106 goals. Ajax also won the Intercontinental Cup, defeating Gremio in the final.

Between 1993 and 1996, Finidi George & Kanu won 8 major trophies with Ajax including winning the Dutch league three times in a row

2007/2008 season- If not for the successes achieved by the top five mentioned earlier, the duo of Utaka and Kanu at Portsmouth would have made the top five.

Kanu gave Portsmouth their  first Cup triumph in 69 years and helped them book   ticket to European football in the process.

Its never an easy ask for a relatively small team like Portsmouth to win the FA Cup, a competition that over 700 clubs participated in including Premier league clubs like Arsenal, Manchester United, Chelsea & Liverpool.

More importantly, for the context of this write up, it was Kanu who scored the only goals in the Semi final and Final of the FA cup, against West Brom and against Cardiff city.

Not only that John Utaka supplied the pass for Kanu’s goal. Senegalese midfielder Sulley Muntari was also a member of that Portsmouth side.

The pair enjoyed a great time at Arsenal under Arsene Wenger.

Although no trophy followed, they consistently challenged for the Premier league and played in the champions league.

Yakubu spent three-and-a-half seasons at Goodison Park after signing for David Moyes’ side in August 2007, a record signing at the time- 11.5 million pounds.

He scored 21 goals in his first season, helping the team to a fifth-place finish. Joseph Yobo was also an influential member of that Everton side and was an ever present member of the toffeees backline that included Phil Jageilka.

Yobo and Yakubu played a couple of premier league and cup matches together and they created popular goal celebration styles whenever either of them found the back of the net.

4. The Ayew Brothers at Marseille

Together at Marseille and together at a point at Swansea where they both started a couple of matches together and made their impact.

The younger Jordan Ayew joined Marseille as a teenager in 2006 and would go on to become an essential member of the senior team.

Ayew scored a  goal against Nice at the Stade Vélodrome on in 2011,  in a match which saw his elder brother André Ayew score a hat-trick. On 1 November 2011, Jordan and André both started a UEFA Champions League match for the first time against Arsenal