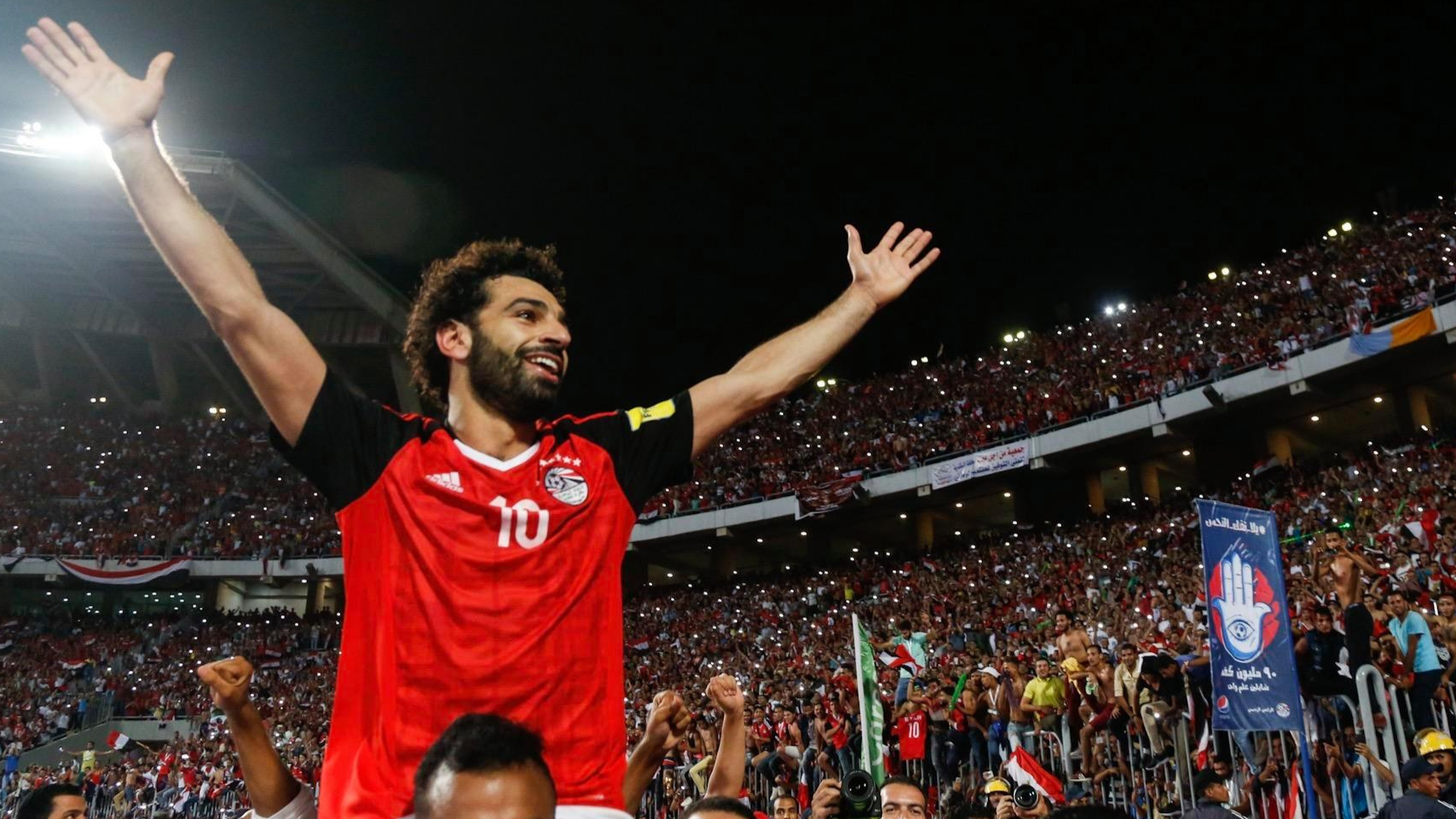 Africa’s rich heritage, diversity & culture has illuminated its influence on football in the streets of Africa, providing a vast pool of talented African footballers from its five diverse regions. The five regions in Africa include Northern Africa, Southern Africa, Western Africa, East Africa, and Central Africa.

Here, we bring you the list of the Top footballers from North Africa.

North Africa includes several Spanish and Portuguese possessions, Plazas de soberanía, Ceuta and Melilla, and the Canary Islands and Madeira. The countries of North Africa share a common ethnic-cultural and linguistic identity with the Middle East. Players like Zidane and Benzema are initially from the Northern African region before choosing to represent France. This has not stopped the region from producing world-beaters like:

There is simply no questioning of Mohammed Salah’s name on this list. He is perhaps the biggest star and most popular footballer from North Africa.

Salah started his senior career with Egyptian club El Mokawloon. He joined the Swiss side, Basel, where he began making waves. His performances at Basel earned him a switch to Chelsea.

Although Salah failed to make the mark at Chelsea, he did well for himself during the subsequent loan spells at Fiorentina and Roma, earning a move to Liverpool afterward and enjoying a deserved change in fortunes.

His heroics for Liverpool has seen his popularity soar across Europe and he has made it to the top ten on the Ballon d’Or list on more than one occasion.

Salah is a two-time Premier League top scorer, setting the records of most scored in a 38 match season when he scored 32 goals for Liverpool in the 2017/2018 season. Salah is also a Champions League and Premier League winner and a two-time African footballer of the year award winner and certainly in contention to be named African best once again in 2020.

He has since moved on to Manchester City where he has won multiple trophies and contributed significantly to their success. Mahrez is a dynamic winger that can play on both flanks and he was a crucial member of the Algerian team that won the African Cup of Nations in 2019.

Another sensational winger on the list. Ziyech can play as an attacking midfielder and he made a name for himself whilst playing for Ajax before completing a transfer to Chelsea ahead of the 2020/2021 season.

Ziyech played a prominent role for the Ajax side that stunned many by getting to the Semifinals of the 2018/2019 Champions League campaign scoring wonder goals and creating assists aplenty. He got selected into the 20 best players of that champions League campaign. He has won multiple trophies with Ajax and is a consistent assist provider.

Named the best player at the 2019 African cup of Nations for his work ethics for the Algerian side that conquered Africa in Egypt 2019. The A.C Milan ball-winning midfielder from Algeria is one of the most highly sought after midfielders in the world at just 22 years of age. Bennacer is a dynamic, tenacious & energetic left-footed player that adds balance to a team from the middle of the park.

The attacking midfielder is the captain of the Tunisian national team, leading Tunisia to a 4th placed finish at the 2019 African cup of Nations. He currently stars for St Etienne in the French League where his set-piece taking skill, long-range shots, tricks and passes are adored. Khazri is a legend of African football, earning him a rightful place on this list.

A former French youth international who decided to dump France for Algeria at the senior level. In February 2013, Brahimi switched his international allegiance to Algeria and made his debut for them a month later.

He also played at the 2014 FIFA World Cup and 2015, 2017 and
2019 Africa Cup of Nations which he won. He starred for Porto in the Portuguese League winning some laurels along the way including the Primeira Liga in the 2017/2018 season and the Supertaça Cândido de
Oliveira in 2018.

Ghoulam plays for Napoli as a left-back and he has been a driving force for Napoli’s Serie A title charge in recent years. With Saint-Étienne, he won the Coupe de la Ligue in 2013 & with Napoli, he has won the Coppa Italia twice, first in 2013–14 and then in 2019–20 he also won the Supercoppa Italiana in 2014 while making it to the UEFA Europa League: 2014–15 Squad of the season. He is great going forward and that has not stopped him from being great in his defensive duties.

A former Roma, Bayern Munich and Juventus player. He is a rock-solid defender that has made his mark across Europe. Standing at 6 feet and 3 inches, the perfect height for a center back. He is also good in the air. He began his career at Marseille, spending his time loaned out to Tours and Lorient before joining Clermont in 2008. Two years later he joined Udinese, spending three seasons there before transferring to Roma. Benatia continued his journeyman career by joining Bayern Munich where he won the Bundesliga having helped Roma finish as runners up in the Italian Serie A the season before. At Juventus, he won the Italian Serie A three times, During the 2016/17 season, 2017/ 2018 and the 2018/2019 Season while also winning the Coppa Italia in 2016/2017 & in the 2017/18 Season and the Supercoppa Italiana in 2018.

Bentaleb plays as a midfielder for Premier League club Newcastle United,
on loan from Schalke 04. Before that, he played for North London Club, Tottenham Hotspur in the Premier League.

Bentaleb made his senior international debut in March 2014 and has represented Algeria at the 2014 FIFA World Cup and the 2015 and 2017 Africa Cup of Nations. He is known for long-range goals and his
passing skills.

An Egyptian professional footballer who plays as a midfielder for Turkish club Beşiktaş, on loan from English club Arsenal. El Neny is a defensive midfielder that can play as a central midfielder as well.

He is tall and is a commanding presence on the pitch of play. El Neny kicked off his senior career in the Egyptian Premier League, before moving to Swiss club Basel in January 2013. He won eight honors at Basel, including the Swiss Super League in each of his four seasons. In January 2016, he joined Arsenal and won the FA Cup with Wenger’s side in the 2016/2017 season.

Are their any other players you think deserve a spot in the top 10?