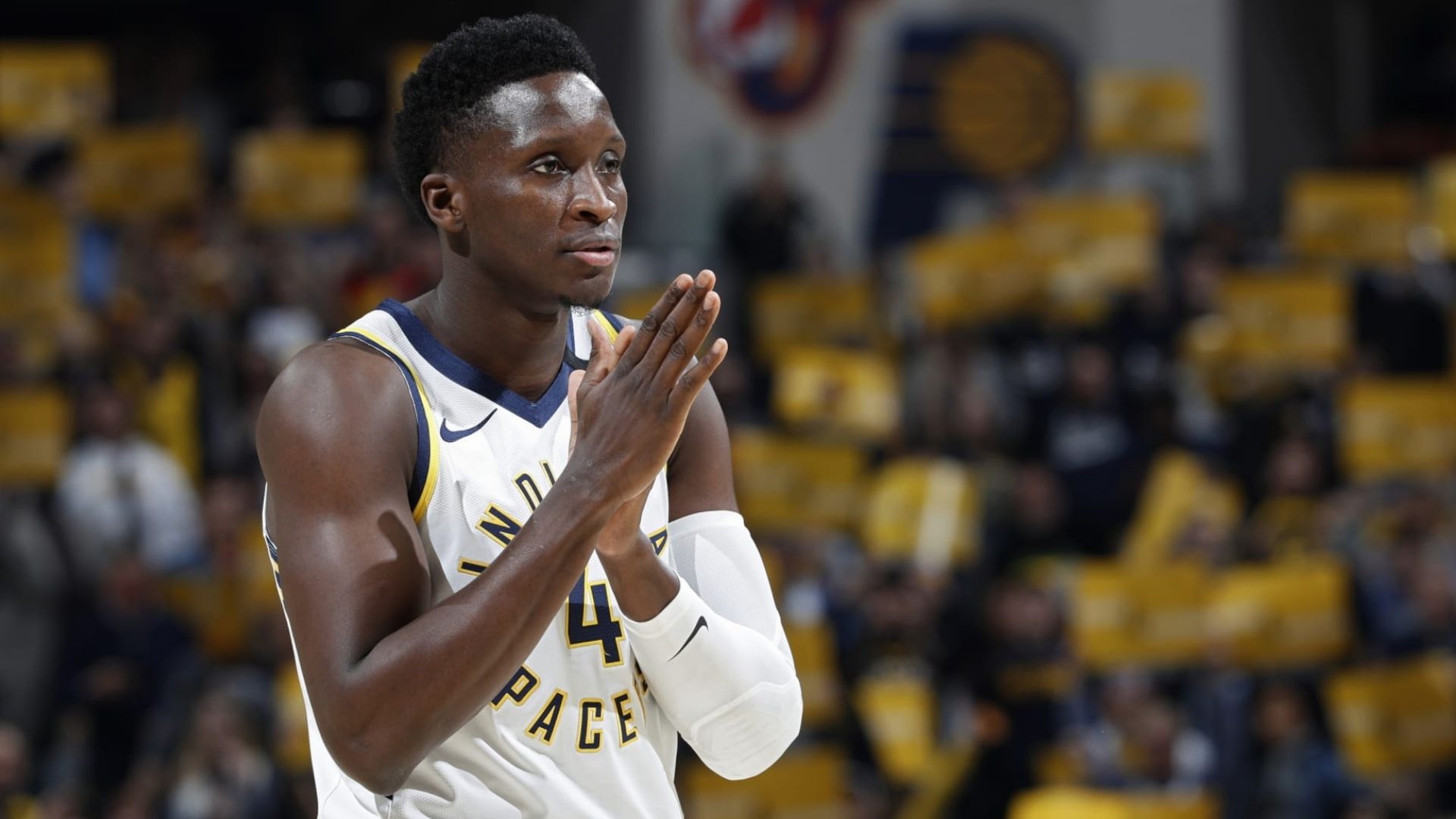 Victor Oladipo: “My Parents Were Nigerian Immigrants, They Had Nothing.”

Popular belief had it that Victor Oladipo grew up in a home with parents who were from different national backgrounds, Nigerian mother and Sierra Leonean father. However, digging deeper in and Africans In Sports exclusive with the former NBA All-Star, we find out the real story.

“My dad is actually Nigerian, born and raised there for a little bit then he moved to Sierra Leone when he was a teenager. So I’m a 100% Nigerian, the blood runneth through me. It was a unique dynamic growing up because we were immigrants so everything was a little different in the household like when I had to stay or go to one of my friend’s houses, it was very unique, we just act differently as they expect different things from us.”

Victor Oladipo despite being born and raised in Silver Spring, Maryland near Washington DC in the United States, still had to adapt to the traditional Nigerian upbringing upon which his parents were raised.

“There’s a lot of Nigerians in DC honestly; it was a super traditional Nigerian household. We had to be at bed at 8 O’clock. We had to get straight A’s as well. If I didn’t get good grades, I couldn’t play basketball. Actually, academics were of higher value than sports was in my household. I had a lot of cousins and families in DC as well, it was weird growing up, and my parents would talk to their brothers and sisters who were my uncles and aunts, and they ask what I did, and they’d say ‘he wants to play basketball’ and they’d say ‘that’s not what we do here.’ It’s just something that I believed in, something I’ve always wanted to do since I was a little kid, and it turned out good for me.”

In an average African home, parents would ensure academics are made a priority so their children could choose a professional career path with every other thing coming second.

“I remember one time I brought home a C on a test and I couldn’t even go to basketball practice. It was crazy but that’s just how things work and I credit them [my parents] as I was able to graduate three years in university, got my degree in Kinesiology with a 3.8 GPA. Doing all that and playing basketball and going to the NBA is like how would you have the time, but I made the time, and I learned all those values from when I was in high school and elementary school.

Cultural and ethical appropriateness was also a core value that Victor learned from his family while growing up in the USA as immigrants. The tendency of him to adapt to these adjustments were also solely reliant on its enforcement by his parents.

“I think the two biggest things are the food and the religion. As Nigerians, our faith is what I feel makes us who we are. We realize that if it wasn’t for our Lord and saviour, we wouldn’t be who we are as people, and that was a huge emphasis in my household. For example, if I go through a traumatic injury, I know that everything happens for a reason, and I can have my God to lean on as well as my people and my family.”

He continues on by talking about foods that make him feel closer to his Nigerian heritage and fuels him to be the best person he can be.

“My favorite foods are Fufu and Jollof rice, but that was interesting because I wasn’t born and raised in Nigeria. I tell everybody I’m 100% Nigerian because not only does the blood run through me but all the values, all the beliefs, all the practices were being practiced in my household, and my parents did a great job in making sure that I took those values and applied it to my everyday life and at the same time become who I am as a person.”

Victor Oladipo’s journey from having to come out with good grades in college to pursuing his basketball career in the NBA has had several major challenges which he eventually scaled through owing to the upbringing from his African parents.

“My mother always used to tell me that ‘if you want anything, you have to work hard for it in this world’. My parents were Nigerian immigrants and they had nothing. I remember one night, my dad had to work three or four jobs, my mum was in school, me and my sister share the same mattress and we got out of that. So there’s nothing I don’t believe I can never come out of; no matter if it’s this injury, a small injury, been treated twice in one year before becoming a All-star the next year”.

“There’s nothing I believe I can’t do and it’s because of the way I grew up and what I had to go through with them [parents] being the generals of my life. So that value right there in itself has gotten me to this point, and it’s going to get me to where I want to be, and that’s the greatest in the world, that’s all I’m focused on, being the best because I know what I have to do and I know I can put the work to it and be where I want to be, that’s all I’m focused on.”

Victor Oladipo has three sisters, of which he also draws his inspiration from one of them as he admitted this to her when she eventually graduated from college.

“I told my big sister, ‘without you, I wouldn’t be in the NBA because we [the family] saw you stand up for what you believed in, we saw you go through the college you wanted to go, we saw you graduate, we saw you go to school for 8 more years and then graduate again and become a dentist; we see you being successful by any means, and that trickles now to the rest of us, we cannot or be the odd ones out”.

“I listen to music every day, all the time. In Nigeria culture, we love music, for me, growing up, I had older siblings as well who listened to music. At church, I used to sing in the church choir when I was a little kid, so music was a part of my life; I’ve been singing I was 7 years old and been playing basketball since I was 4 so those two things have been in my life for a long time”.

“For me, I just put out music just so people like it, hopefully, they like and it turns out they like it. I grew up on RnB, so for me, that’s my way of life.”

By drawing his own inspirations from his family and his elder sister especially, Victor shares his words of motivation to those who also aspire to achieve greatness.

“The battle lies within, sometimes we think that our battle is external, we think that every day we have to defeat the next best thing, we feel we must create values, and we must become better so we could be someone else.”